From Charlottesville, Virgina comes the sludge doom band Beldam and their debut full-length “Still the Wretched Linger” is definitely a release not to be missed. Filled with the sludgiest of riffs combined with influences from all over the spectrum of the doom genre, you have not only a classic in the realms of sludge/doom metal, but a classic in the genre of metal, period! At times this release is reminiscent of how old school doom was played, but at the same time they incorporate their own elements to create some really heartfelt and passionate tunes. I use these words because of the intensity surrounding the obvious construction of the material and the passion with which the delivery of this material will definitely hit its mark in the souls of all doomsters who give this album a chance.

The music on this release takes me back to the days of the first Candlemass and Black Sabbath albums only with the fuzzy sludginess of bands such as Ocean Chief and Kongh. The sonic obliteration of such a combination will definitely have you sitting up and taking notice. Just to put it over the top there are also vibes here of St. Vitus, Evoken, and the ever godly Esoteric. There are a few times that the tone of the riffs take on an almost primal “black metal” feel. While there are quite a few vibes going on as far as the guitar work goes, the drums are pretty standard to the genre with little to no deviation from track to track. So, I would gather to say that musically, with the exception of a few instances, this release is about as traditional to old school doom/sludge as you can get as the genre transcends into the new generations to come. As far as the vocals go, they sound like mixture of death metal growls with a slight hardcore/grindcore pattern to them. At first it was a little odd sounding but after listening to this release a few times, the vocal patterns really fit the given material. All in all, this release is about as “traditional” as you can get to the old school aspect of things as this genre transcends into the next generation. There is no doubt in my mind that, with all of the bands leading charge, you can bet that Beldam will stake their claim with this album being a definite “blueprint” of how sludge/doom metal should sound for the bands who will follow.

Beldam is one of those bands that will have you clamoring for more as you anxiously await their next offering of metal greatness. The passion I spoke of earlier is definitely felt in ever riff, drum track, and vocal on this release. The sheer bombastic heaviness here is most definitely next to godliness. The Horror Pain Gore Death Productions label did a damn fine job signing this band and releasing this album. I am not sure if this label will release their future works, but you can rest assured that any label would be lucky to have a band with this level of passion and work ethic on their roster. If you do not have this release in your collection, I highly recommend that you give it a try. The values and tradition here are second to none. At the end of the day, this release can stand up against any release from more established bands, and in many instances it can come out on top! 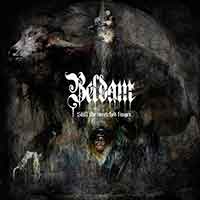