Bizarrekult are one of those bands that feel like they’ve been on and off again before finally catching real ground with their releases. These guys from both Russia and Norway have been active since 2005 but with quite a few gaps between activity until 2019 when they finally gained a new guitarist and some traction to get a full length album out. The result? Pretty good black metal. The first things fans will notice aside from the Norwegian lyrics and titles which might throw some for a bit is the heavy amount of mid paced groove. Avoiding the typical speed black metal route like early Marduk or Dark Funeral, what listeners have here is some well crafted mix of Khold meets Dark Fortress. Not quite the old school blistering kvlt sound purists might look for, but that helps separate Bizarrekult from being ‘just another black metal band.’ There are a lot of influences and comparisons all over the place with their debut “Vi Overlevde,” but anyone who has a love for a black metal sound of the albums that came out anywhere from 2005 to 2010 are going to be floored by this.

The opening ‘I Morket’ is a spacey intro to warm things up before jumping to ‘For 1,000…’ which is a strong display for what listeners are getting into. Definitely groovy and Khold like the riffs are cold but engaging, despite slightly repetitive. Then one gets the more melodic side with layered clean vocals which can be a huge make or break factor, and in this case really helps make Bizarrekult stand out. While they don’t do this all the time there are a few tracks here that have that special touch so the band doesn’t use it as their ‘crutch’ to vary their sound. There are other faster tracks like ‘Galskap’ and ‘Alt er Bortkastet’ that speed things up but are still very groove laden, sounding more like Dark Fortress with the less repetitive riffs and raw mid ranged vocal approach but keeping things at a rather accessible pace. Groove is still the name of the game here. Then there are the more straightforward black metal pieces akin to Mayhem like ‘Ut I Skogen’ but less haunting and experimental like the work on ‘Ordo Ad Chao,’ with more clean vocals to boot.

There is another instrumental to serve as an atmospheric breather with ‘Fremmede Kyster,’ but compared to the rather proggy ‘I Trygge Hender’ which includes what sounds like female vocals and certainly an Ihsahn touch to the guitars, it ends up being a distraction from the groove and momentum that Bizarrekult has got going for them. Thankfully things segway right back to where they should with the plodding ‘Ensomhet’ which returns to the repetitive Khold style riffs but with a colder, less groove laden tone, more distortion, and a bit more Satyricon attitude, not so much black n’ roll though. Then there is the experimental ‘Siste Ord’ which feels more “Rom” Marduk with its almost doomy pace but still very catchy and a bit more range to the vocals, with the guitars almost sounding more like a melodeath group like Insomnium. The closing ‘Avskjed’ brings everything full circle as it sounds just like ‘I Morket’ but lets the album leave on a quiet note, although it would have been stronger to close out in the way ‘Hender’ did.

Still, overall every track has something ‘black metal’ in it to love, and for those who feel that the kvlt sound of groups like Judas Iscariot is too grim and cold, or Dimmu Borgir is far too symphonically lush, then Bizarrekult is that just amount of right in the middle of being atmospherically interesting but also furious and grim. A strong first effort that is going to show a lot of promise for the future. 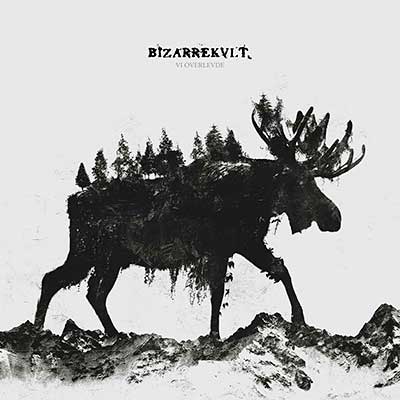