Black Rabbit is a Dutch thrash/death from the town of Apeldoorn, inspired by Megadeth, Obituary and many more bands. The two guitarists Jelle and Hidde started making songs because there where not enough metalbands in Apeldoorn. After a few shows the band finally got a solid line up, with Hidde and Jelle on guitars, Max on drums and Pieter bass guitar and vocals. With this line-up the band played some shows and decided that in January 2020 they wanted to release their first EP "Warren Of Necrosis". And after a few weeks of recording and mastering their first EP was ready.

What could go wrong if your album has got an opening track like 'La Bestia'? Exactly nothing. The song has a very good variety of different parts and the influence from Obituary is very present in this song. The guitars and drums are very well cooperating to create fast and dragging parts in this song and the raw vocals are screaming their way through. The heavy part in the middle of the song paves the way to the colossal ending with an awesome build up a drum fill and finally a guitar solo. Just as sudden as this song started it ends and makes me curious about whats coming next.

'Internal Death' has a nice slow into but after that the song is increasing in speed and velocity. The vocals from Pieter are once again tearing the lyrics apart and with support from the guitars and drums they have created once again a very raw and powerful song. The drums in particular have a very leading rol in this song changing from solid grooves to slow blast beats. With a breakdown in the middle of the song followed by a slow what I can call a headbanging part the song once again catches your attention. Then again a guitar solo and before you know it the song ends.

The EP has 2 more songs but you will have to listen yourself. What I must say is that the song 'Black Rabbit' is the best song on this Ep.

The raw and dirty sound from Black Rabbit is a good one and the band have created their own sound but a lot of influences can be heard. The guitars on this album are good and the variety of riffs and rhythms is also a pleasant thing to listen to and in combination with the drums it has created a new vibe with some old influences. The bass guitar is doing its own parts very well and provides a solid sound. But is sometimes fading away because of all the other instruments. The vocals are awesome and unique, they are raw and also have a dry type of sound. The mixing and mastering is well done but as I already said the bass guitar sometimes fades away.

Lets see what Black Rabbit is going to do in the future. 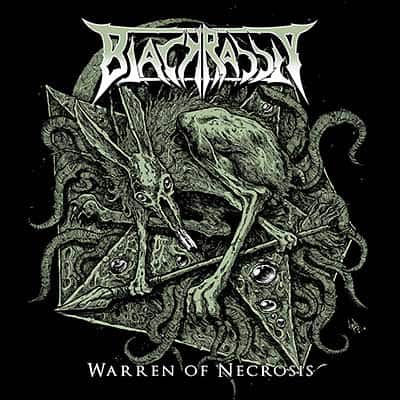