Canada’s Black Tower have struck extremely hard with their debut album entitled “The Secret Fire”. Being labelled as a heavy metal/hardcore punk band just doesn’t seem to cut it for these guys. It seems like too much of a generalization for a band that is so intriguing. Right from the start of this CD, you are pulled into a world that many metal heads could only share fond memories of whilst others feared to tread there in the first place. A lot of people talk about how bands sound old school, or even give you a trip down memory lane. I’ve even done it myself, but for the love of all that is metal, I swear these guys pull the old school straight from the dank, dark catacombs of hell. I’m telling you this band digs very, very deep into what they do. It’s like their riding right into battle and the guiding light for them is the foreboding cloud of doom hanging over all of our heads.

The riffs on this album are really thrashy and somewhat punk inspired, and upon first listen, the beginning riffs took me back to the first time I heard Metallica’s “Kill ‘Em All”. There is also some influence from traditional heavy metal and I’ll even go as far as to say late 80’s and early 90’s hard rock, but that’s extremely hard rock mind you. There’s really no bite or crunch to the riffs but then again it’s not really a “polished” sound either. For those of you who remember and appreciate the band Aversion, you will most definitely dig the guitar work going on here. The solos are well placed and add a great deepening to the overall feel to the material even though the solos themselves do not sound to be all that intricate. The bass here sounds to be at just the right level and it really comes through to the forefront at just the right times to carry these tunes along. It blends in perfectly with the other elements of the music. The drum work on this album is just phenomenal. It is so energetic, even in the parts where it doesn’t seem or feel so “upbeat” In the correlation between the guitars and drums the punk influence really comes through with the hardcore and heavy metal elements following close in tow.

This album has caused me to be taken aback. I have never been one to appreciate the punk genre, but it is starting to grow on me after this album. By no means is this album totally punk, but then again it’s not totally hardcore or heavy metal either. This album is the absolute perfect trinity of all three genres. What sets it off is the awesome vocals of Erin Ewing. She is one of the best female vocalists I have ever heard. Her diverse range of the respective genres mentioned here is second to none. Seriously folks, if you are into bands like Iron Maiden, Mistfits, Aversion, very early Metallica, Dawn Crosby’s (R.I.P.) band Fear of God, with slight touches of bands like Atrophy, Kinetic Dissent, and October 31, then you really need to get this cd and listen to it as often as you can. Last but not least this album is released by the metallically awesome Unspeakable Axe Records. Yet another awesomely stupendous band brought to us by a label who I feel is at the forefront or nearing the forefront of underground metal. 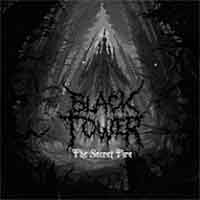