Black Wreath are a heavily depressive doom metal band from Denmark. The music is very esoteric and the tracks extremely long, as most depressive/ funeral doom metal usually is. However, it is intriguing and at times symphonic, which adds to the morose aspect of the music. On their debut album- which has come a long way since their formation in 2002- Black Wreath create some very clean melodies but drench it in reverb and tormented vocals that sound like the growls from Evoken mixed with the shrieks of Xasthur. However, the main focus on the band is the instrumental parts which drag out on and on like a razor across the wrist. Sometimes it is beautiful, and other times unbearable, but altogether it is a perfect doom metal symphony.

A Pyre Of Lost Dreams opens up with the epic "The Black Holes Of Your Mind." This track is a bit to swallow since over fifteen minutes, but one of the best ones on the album. The guitars and synth work well together to create an ambient haze while the drums every once in a while beat off a note. The vocals are dark and twisted, barely understandable, but used more for atmosphere. Each guitar note sounds like it came from a gothic doom album, and though it is repetitve, the edge is never lost. After some time, however, the vocals stop and it is just the guitars and synth playing. The synth is truly majestic as it adds an epic element, like someone watching a Lord Of The Rings movie. The sheer weight of the music is crushing. "Nocturnal Dominion" is very similar except the music formula offers some more picked strings rather than the repetitive chords. It is a bit more quiet in the sense that the weight of the music isn't so heav, but the depressive aspect is still there. The vocals have a bit more of a raspy whisper to them, which really cranks up the creepy meter to the read, so this is true funeral doom metal. However, on the downside, the distortion has also been cranked up so there's plenty of white noise to try and get past.

"Solitude Rising" follows the same formula as the first track, but lets the synth do most of the playing. The entire symphonic, epic feeling is kept throughout the track with the drama and tension of a band like Esoteric. Atmosphere is the key here. Finally, the album closes with "Nidstong" which is a bit of a shock. It is like someone suddenly turned down the volume or put their foot throgh the speaker so only a whisper of music can be heard. It is very hard to tell what is going on save that there's some guitar and synth, but it is so quiet and muddled the fans will probably just skip it out of sheer annoyance. One has to turn their speakers up really loud, but the reverb just adds more distortion so then one can hear nothing. However, from the few bits and pieces one can hear, the music is wonderfully depressing.

No one knows for sure why it took seven years for Black Wreath to finally get this out, but the wait for the underground fans was well worth it. Anyone who is a fan of Esoteric, Evoken, Disembowelment, or Solmnent will find this enjoyable. The depressing atmosphere is truly majestic, and while it can be a bit much to stomach due to the lengthy tracks, it is very easy to get lost in a dreamworld where nightmares come true. 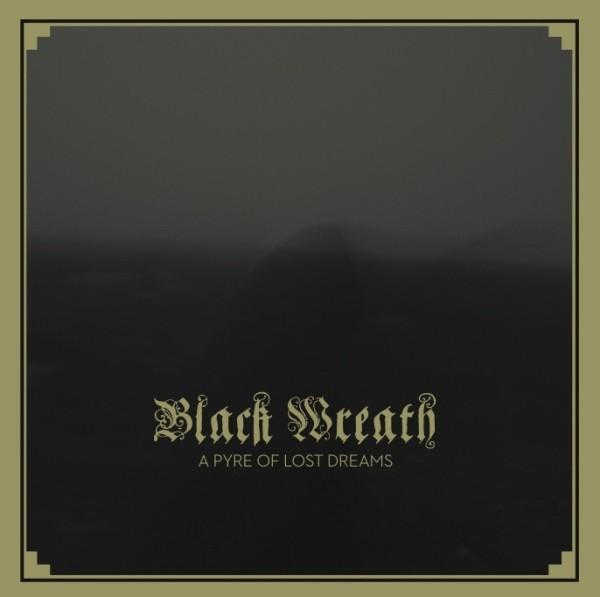