The debut from Caelestia, entitled “Beneath Abyss”, is an awesomely spectacular sonic array of melodic death metal with gothic vibes and influences abound. These guys have definitely started their career off with a bang with these 10 tunes and it is sure to appeal to fans all over the spectrum of the metal world. It should be mentioned that this is not your typical melodic death metal album here. The multiple genre vibes keep things fresh and dare I say innovative. This band doesn’t sound like any other playing this type of music. The energetic continuity of this album could almost serve as a blueprint for the next generation of melodic death metal bands as it goes from one extreme to the other. You may not pick up on everything this album has to offer on the first play, but one this is for sure; despite this being a debut release, Caelestia have definitely found their path in the metal world and are prepared to topple any obstacles that might be in their way.

The riffs are pretty much straight forward and traditional, yet with a slight vibe of a traditional and progressive style of playing and a nice little “bite” to the tone. They aren’t too polished production wise, nor is there a reason for them to be as it is clear from the beginning that the precise “crispness” of the guitar work is due to the talent of that who wields the axe! As far as the drums go, it is a traditional style of playing with some very nice blast beats strategically placed for optimum effect. For instance, think of the blast beats on Napalm Death’s “Harmony Corruption” album. The bass is blended quite well. It’s not really in the forefront nor on the back burner on these tunes, but rather throughout infecting everything from the core of the delivery. The vocal patterns are varied and the band even enlists guest vocals from Alterself and Soilwork. Female vocals from heaven, deep growls, and thrashy type vocals are what you will hear on this album. There are even some clean vocals for those who like that aspect in their metal. There is. As I’ve said before, there are influences and vibes abound here. Probably the best ones I can point out are in the track “Blessing of Tragedy”. There seems to be a mixture of God Forbid, Iced Earth, and Iron Maiden going on here. Now that might sound a bit odd, but trust me is sounds absolutely awesome! As far as other vibes and influences go, you might notice some Theatre of Tragedy, Evanescence, The Gathering, and Therion. I would say this album is true to form and not really all that experimental even though some might think so. I think that with the use of all the vibes and influences they definitely push the envelope a little bit, but like I said, this album could very well be the blueprint for the next generation of melodic death metal bands.

This is definitely an album to be played over and over again, and if you go into listening to this with an open mind, it will pull you in and infect you to the soul. Their style of playing is unique, and I see these being around for years, and even decades to come. I urge all who are into this genre and the above mentioned bands to get this CD and enjoy it for the traditional yet innovative epic that it is. 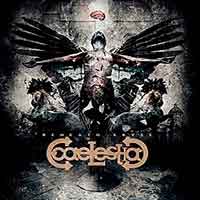