Caliber 666 unleash their Swedish death metal upon the masses in a tightly knit, groove laden album called 'Blood Fueled Chaos.' Think of it as a combination of Vital Remains and Grave. The vocals are brutal and right in one's face, but the production is quite clean so nothing gets too fuzzy. On the other hand the guitars have their audible distortion involved so there is that whole 'Swedish Dismember' feel to some tracks like like "To The Killing Field." However, Caluber 666 are great at creating thick, aggressive chugging riffs and then slowing things down in a more melodic fashion for a bit before picking it up again without losing the melody. It is a great balance for the band and doesn't make any track feel monotonous or outplayed. There is even some tremolo picking in some of the music that lends to black metal influences. "Incineration" is more along the lines of a typical death metal track- seamless guitar riffs, jackhammer drums, and every so often hammering out chugs mixed with lengthy, melodic chords.

"Serpent's Walk" involves some great groove to the music while keeping up with the aggression along the lines of bands like Torture Killer. "Morphing" is more straightforward and is perhaps the grittiest track of all because many of the chords reach such high pitches, but the vocals always seem to be on top as ever and just grunt and roar away without any impediment whatsoever. On the other hand, it sometimes feels like the vocals are much more cleanly produced than the rest ofthe music so sometimes it will make them seem separated from the music as a whole. Overall though, this is a great debut, and excellent death metal for anyone who appreciates all the subgenres. 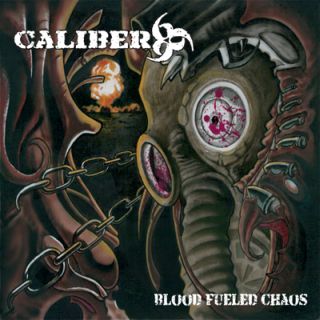