Callidice – Shades Among Us

Well, yes I am again in Finland, I will end up going to live there as my boss makes me review bands from the land of a thousand lakes! Yes yes it is also the name which one gives to this small country, large not by its number of inhabitants but by the quantity of talented bands which reside there! If France can boast of being the world champion in terms of strikes and demonstrations in the streets, Finland is clearly in the top three of the best contributing nations for metal music. So a band called Callidice coming from Jyväskylä (do not ask me to locate it on the map, for die-hard fans I will let you find it by your own!). This quintet offers us an EP which is called "Shade Among Us", a whole program! Especially for a finnish melodic death metal band with a touch of progressive!

So I will not insult the band to do a review as short as the length of their EP, because apart from the instrumental track as an introduction, we have in front of us 3 songs, no more and no less. Which could have made me reserve my prognosis. However, curious as I am I went to chat a little with the band, at least one of the members. The keyboardist said to me "We created an EP with three songs, since we wanted to show that we exist. Always". Oh yeah, the pandemic has arrived, a change in the line-up too, there's a new singer and it looks like a new Callidice with new goals to reach.

I think they have found the right mix in what they want to do even though smart people never do the same things. This change of singer will allow them to explore unknown territories. Like any good self-respecting Finnish band (apart Insomnium) the keyboard is present but not omnipresent, it does not overwhelm everything, moreover in the song's writing process it is first of all the guitar and bass couple that launches the foundations of lines, then everyone brings their own signature to create songs without imbalances.

This is how his three songs augur well for a good potential and an LP which is already at least in the brains of the members of the group and at most already being written. My little finger suggested to me that the songs on this EP might not appear on the future LP's tracklist.

In fact it sounds really good, more punchy than what they did in the past, obviously as a Finnish band arrangements and production are of good level. As usual the technicity level of each musician is high (it is not heavy metal music! LOL).

So are there any flagship songs? Each of them sounds different and brings its share of aggressiveness, dynamism, it is quite varied. As it must be recognized that this EP has only three songs, the whole deserves to be listened to. Small detail of importance there are alternations of vocals with the presence of clear voices sometimes, this is the case of backing vocals! 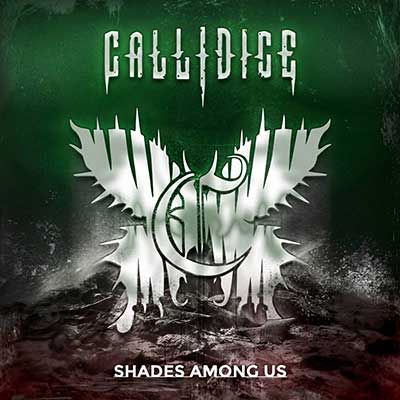