This is a two track promo from Greek brutal death metal band Cease Of Breeding, who have been going since 2003 and this is there fifth release. This is their third demo the other releases being an e.p. and a full length. Well what do you get here? Just two tracks that clock in at just over the five minute mark, not a great deal then to be honest, which is a pity as the two tracks here are really decent brutal death metal, a genre I enjoy a lot. First track is “Superior Worms” which I a cracking track with great growly, deep vocals from George and some good guitar work from John, The bass player and drummer are both decent too, Leon and Lucass respectively. This track blasts away at two minutes and forty three seconds of good stuff!! The second track is more of the same “At Last We Are Dead” and again comes in at just over two minutes and is another good brutal song with the vocals doing the job again.

Well this is the shortest release I have had to review here on Brutalism and it is one of the most infuriating ones as it is a great taster that leaves you wanting more but is over just way too quickly. If you like your death metal really brutal check this band out and hope for a full length release!! 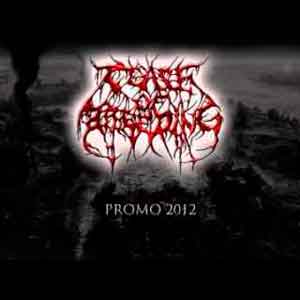