Colosso was formed in 2011 by Max TomÈ (guitar/vocals) and Emidio Alexandre (drums) and often joined by gast artists. You might know them also from Blackswan and Shadowsphere and several other projects. Colosso already released 1 demo, 4 full lenght albums and 2 EP's. "Apocalypse" is their third EP. The new EP "Apocalypse" is a 4 track EP with every song captures the meaning of the track.

With 'Pestilence' it starts off with a fly flying around and the dark and heavy sound captures the feeling of a field of rotting corpses. When you hear 'War' it begins with the sound of sirens before an air attack hard and heavy, screeming sounds as if you're under attack.

'Death' starts off acoustic as the beginning of the after life and follows the path to a better life. And finally 'Famine' is dark and heavy and is if God decided no heaven for you but Hell is awaiting you.

Never heard Colosso before so I learn everyday something new from the metal scene and as I say "You're never too old to learn". I need to hear more from them but in the future. 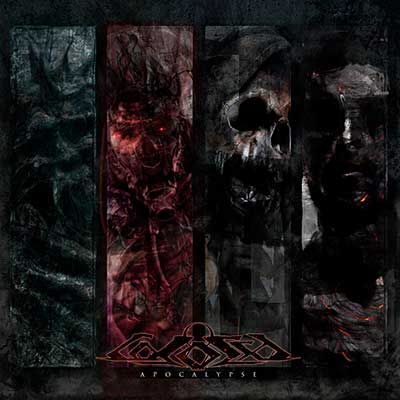