Dan Deagh Wealcan – Who Cares What Music Is Playing In My Headphones?

Dan Deagh Wealcan, first of all, what a name! Coming into this review I was pretty surprised of how quirky the band name was! But after listening to “Who Cares What Music Is Playing In My Headphones?”, quirky, weird and any other odd term used to describe something, is extremely accurate when it comes to describing the music of Dan Deagh Wealcan. These two talented musicians who have based this band in Moscow, Russia, have really made quite the something. This album is very weird, it is probably the most experimental album I’ve ever heard. The album goes from sounding metal, to punk reminiscent of tracks from Deftones first album “Adrenaline”, ambient passageways, electric sections, samples and basically anything the band could combine into one!

This album I feel is an experience, to get the full experience, you have to listen to the entire thing the whole way through. You also need to have an open mind, casual music listeners will probably not find any appreciation or joy from listening to this release, however, music nerds such as myself will be ever so intrigued to the originality and again I have to say it but, “quirkiness” of the music. The instruments are all very well done, there’s a lot going on in the tracks so pinpointing everything would be difficult, but what they do use is done very well. The album has a constant technical theme surrounding it as well, a lot of the riffs and patterns sound like they are in odd time signatures and there are some completely random changes through songs, notably “No More Than Usual” where the section change is so drastically different it sounds like the next song has just started. This did sound cool during most of the album, however, some parts felt like it was added just to add to the experimental genre the band was going for and to screw with the people listening.

It’s easy to criticize what I have said and label this band as being pretentious from the excessive experimental and change between genres the album showcases, however, this is what makes the band so unique. I have never heard music like this before, sure it’s weird and sometimes quite overwhelming, but this album is definitely a treat and something I am going to remember when it comes to picking my top 5 most impressive releases of the year. I end this review by saying check this band out if you have an open mind when it comes to music, the two guys in Dan Deagh Wealcan have a done a fantastic job in making a very original and quirky album that challenges the way we listen to music and creates a unique experience that should definitely be experienced by open minded music lovers. 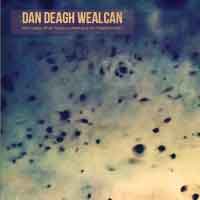