This band hails from Galacia, Spain and this is is their fourth full-length. Dantalion is primarily  Depressive Suicidal Black Metal but this record shows off their other abilities as musicians. Such as melody, stand out lead, some solos, doom sections and death metal type parts. The name of the album is Return To Deep Lethargy. A fitting name for a DSBM album all about depression, suicide and death. There is a great balance of atmosphere and clarity on here.

The cover art work says it all. Imagine walking into the cover and hearing a dragon bellow in a deep cavern far inside the dead forest. The black crows cant even escape the utter despair. Imagine DSBM drenched in melody and this is what you get. The vocals are filled with so much depression and raw hatred for existence its almost hard to listen to. He loosely releases his helpless cries although somehow remains within the structure of the song keeping meter all throughout. The vocal style is Austere-esque but with more low end and pronounced talking. All the instruments are well placed in the mix and the bass drum is absolutely flawless. The drummer mixes it up enough with his footwork and his hands that the repetition of the music doesn't get old. For a DSBM there is really not much tension within the music besides the vocals.

This album is really well done with song structure and overall production. I would like to see them either increase the intensity during repetitious parts or create different avenues to go down considering they are good at writing melody. This is a great starter album for someone that is interested in DSBM. 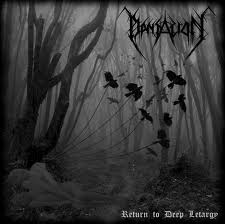