Dark Covenant - Eulogies For The Fallen

Dark Covenant aim to depress with their full length debut 'Eulogies For The Fallen.' The entire album sounds like Virgin Black merged with Paradise Lost for a dragging, grueling experience that isn't crushing like funeral doom is, but still has a ton of weight to it. Perhaps it is in the reverb drenched chords that plod along with the drums, or the melancholic clean vocals that soar amongst them (surprisingly no death growls). But, whatever it is, fans will feel the power of this dooming music that threatens to scar the mind as well as the heart... in the nicest way possible.

Oddly enough, there are only vocals, guitar, and bass with drums on this album for the most part. Yet the outr/ intro tracks can be decieving. They both sound like a classical battle movie opus that is just beautiful to hear, but also kind of sets the listener up to think they are going to hear the usual gothic doom metal with acoustic interludes, growled/ clean vocals, and maybe even a few female vocals in the mix. Not so with Dark Covenant! For the most part the entire album sounds very basic and very old school, like a droning Candlemass album. Tracks like "Forever Amongst The Ruins" crawl along like Black Sabbath doom, but not so rockish.... think more sludge doom. There is plenty of cymbal work amongst the drums so it isn't all just the pedals. However, there are melodic moments too where the guitar stops just nailing out chords and turns more to indvidually picked solos that are just as chilling to hear. The vocals are a catch 22; they are the cleaner mournful kind that one would hear possibly from Therion or Mournful Gust, and suit the music very well, but they sound faded and in the background too much so it is hard to hear.

As the album progresses along, fans will certainly notice the basic doom elements of the music. There isn't too much different from track to track; the guitar is the standout instrument amongst everything. From "Visions Of Salvation" to "Perennial Solitude," it is just one sorrow drenched chord after another. The only track that really stands out from the rest is "Black Raven," which allows the guitars to take a back seat in their noisy ambience and lets the drums have a turn at being heard in the forgrounds for multiple parts. While it isn't as specatuclar as the guitars, the drums have this eerie thump to them- especially with the cymbals use- as they progress along. Sadly the vocals keep quiet during these moments, which makes them miss their chance of being heard more clearly also.

Overall this is certainly doom, but at its rawest, most basic form. For those who feel that doom metal has gotten too 'saturated' with the gothic death doom elements, they'll be happy to hear a bit of old school elements here. The lyrics are some of the more intriguing ones as they focus on mythological histories and other esoteric matters rather than the typical grieving romance that other doomers choose to sing, growl, bemoan about. These Canadians are well on their way to glory! 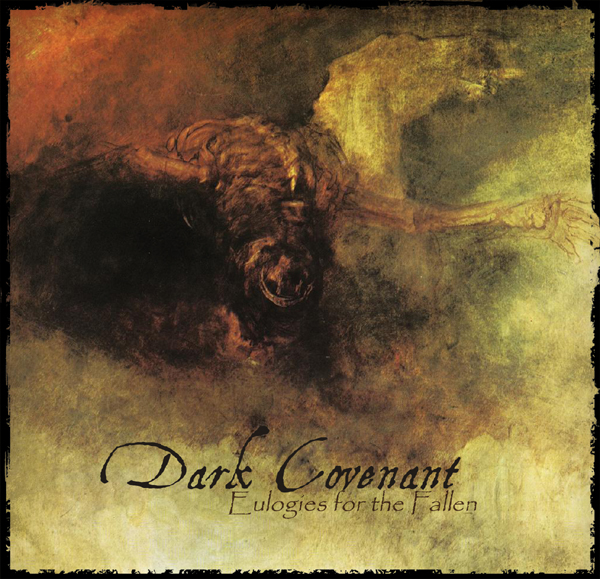