Dark Fortress have been one of Germany’s better unknown gems for the past 20 years. Starting out as a melodic black metal band tackling dark themes such as death and occultism, they had a rather fast but evil sound that gave fans highlights such as "Stab Wounds" back in 2004. For myself, I stumbled upon them in 2008 when "Eidolon" came out and it was a huge shift in sound. With a new vocalist, Dark Fortress went in a more progressive direction with slower guitar moments, haunting clean passages to mix with the harsh, and more esoteric themes that made them really stand out and present epics on future albums with tracks like 'Red Diver' or 'On Fever’s Wings.' True, their music tended to stretch a bit more than the average metal head can stand, but it was a lot more complex when comparing work done on "Venereal Dawn" - their previous release to "Spectres…" - and a rawer, grim approach from "Stab Wounds". With a pretty healthy gap between both albums, fans probably excited to see if Dark Fortress have continued to progress with ‘Spectres From The Old World.’

The album opens with 'Nascence' which tears in on a bit of a faster note than what most have been used to for the last few albums. Atmospherically, the keyboards are very haunting and the rhythm is melodic and dark enough. The drums feel a bit faster than usual; their slow plod tends to draw out the doomier side of the Dark Fortress but will keep listeners hooked enough. Leading into the second track 'Coalescence' one can tell that Dark Fortress is definitely changing their style again. The band really sped things up and seemed to have regressed to their older sound which is more straightforward black metal. Morean’s voice is still pretty chilling to hear but has more of a raw tone that isn’t a polished from past albums. Usually, he has a raw rasp that can be compared to Marduk but on this album it feels like Dimmu Borgir a bit. The guitars handled by V. Santura still keep their melodic, mournful tone that have some pretty epic solos that are backed with Phenex’s keyboards, but Seraph’s drumming is full on steamrolling everything else and sometimes leaves everything in the dust. Fans of speedier black metal might like this but those use to the more progressive melodic solo guitar moments that tend to hang a bit might be disappointed.

Other tracks like 'The Spider’s Web' and 'Pazuzu' have almost a black n’ roll vibe to them. Considered another progressive touch on past albums like "Ylem" and tracks like 'Hirudineans'. Dark Fortress seem to flesh this out a lot more on "Spectres From The Old World". The rhythms are very catchy and more stripped down, trading grandiose atmosphere for more of a down and dirty approach that would appeal to fans of Satyricon or Dark Throne. It isn’t until 'Isa' when listeners get the speed traded for more of a lulling, doomier side of Dark Fortress. Morean switches between his grim snarl to whispers that go well between the churning guitars and the drums finally seem to relax a bit. Here is where one gets the really melodic side of black metal without being drowned in keyboards or other classical instruments that so many other bands use to counter their heavier side. Then 'Pulling Threads' switches gears up again with the whole black and roll feel again, just slightly restrained in speed, making it one of the better tracks of the album with its head banging pace. One even starts to get the clean singing they might have missed for so long since the previous album as things progress to the end of the album. 'Swan Song' takes Morean’s clean singing to new levels with a layered vocal approach that is almost choir like. In the past, it sounded more power metal-ish and almost like a separate entity from Dark Fortress’s usual approach altogether, but here along with melodies from Asvargr’s guitars they really help the band’s darker tones.

Unfortunately, there are no ‘epics’ presented on "Spectres of the Old World". The longest track clocks at over 7 minutes, but Dark Fortress have done some well past 10. True, it feels like they wanted to speed things up a bit with this album in melody and time, but a grand close seems like a well deserved staple feature that fans deserve, and while 'Nox Irae' is one of the more haunting tracks with the bell samples, synthesized vocals, and grim bass, making it the progressive number that has been missing from so many of the other tracks, it really could have been drawn out more to have that finishing Dark Fortress touch. Still, it closes the album on a memorable note and keeps up with the history of Dark Fortress ‘finales.’ Is "Spectres…" as masterpiece? Not quite, but it is still very good. The harmony of old and new styles from the band’s discography will possibly unite fans who were divided since "Eidolon" came about and elevate Dark Fortress to even higher ranks in Germany’s black metal legions. A dark, yet wonderful journey for anyone who likes black metal with a melodic, yet occult feeling to it. 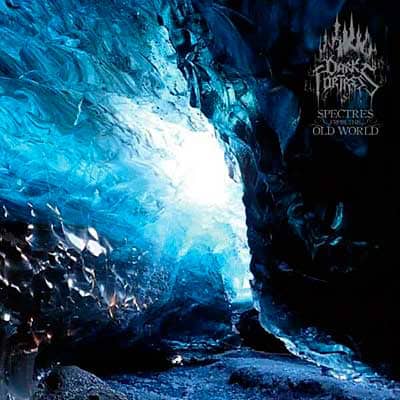