Dimensional Psychosis are an industrial black metal band from the Netherlands. As of now they are only composed of instrumentalists with having a session vocalist on their second album, "Architects Of Reality". When listeners usually think "industrial black metal," they think either extremely heavy dance, cyber beats with the guitars like that of the Kovenant or extreme distortion and sampling like that of Darkspace. On "Architects Of Reality" Dimensional Psychosis sounds more like an extreme black metal band than anything else.

The first thing to notice about this album is it is heavily dependent on the drums. The guitars are very psychotic and random at times like on "Singularity." Usually they try to just hammer out notes as quickly as possible, but they can melodic when they want to. Everything tries to be fast and weird, which may appease some industrial black metal fans simply for the intensity of everything. The vocals are evil and have a sort of watery rasp to them, making them almost mechanical and more twisted than the average black metal vocalist which tends to just screech and snarl away. The closest comparison that can be made is perhaps Shagrath of Dimmu Borgir when he's at one of his lower croons. Hell, at times when the music isn't being random and instead is being melodic the structure sounds more like Dimmu Borgir, especially with the keyboards sailing in the background. "Stagnated In Dimensional Quantum" is one of the best examples of this, sounding much like something that came off of In Sorte Diaboli, Dimmu's latest album.

There are SOME industrial elements to this album that make Dimensional Psychosis more than just an average extreme black metal band with a few keyboard moments to call themselves industrial. There's a good chunk of spoken word samples on "Stagnated..." and on the final "Untitled," everything is a complete flip on what Dimensional Psychosis has been creating so far. There's plenty of FX mixing and heavy drum beats backed by the vocals making the track more of a metal dance tune, sounding more like something the Bezerker would do on some of their experimental work. It's catchy, exciting, and the highlight of the track, even if it does sound poorly produced and layered with the vocals being a bit buried amongst all the other music. The 'watery' feel of the guitars at time also enhance the industrial feel, making the music muddled and the "Untitled" certainly worthy of being called "industrial black metal."

While "Architects Of Reality" isn't a strongly industrial as bands like Dodheimsgard or Darkspace, it still holds a strong melody and style that makes it more than just another band that sounds just like fifteen others who listeners have already forgotten the names of. Hopefully the band will take the gem that is the final track and spread it around in their future songs to create some very interesting techno black metal that will still rip ears off but keep fans' feet moving to the beat. Not a bad place to be headed. Their session vocalist was an excellent choice and hopefully they will bring him back for another album or make him a mainstay in the band. 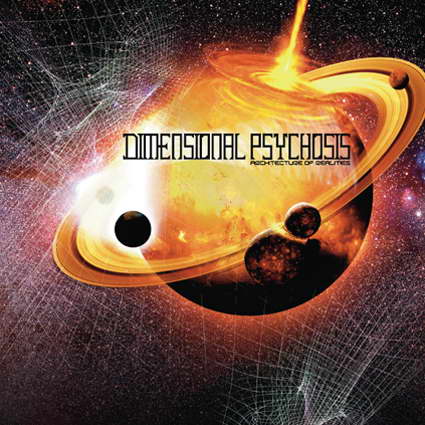