One of the most obscure bands in Doom has to be Ea, not only are they extremely underground they keep it that way by not having a website that I can find anywhere. They even push the obscurity level up a notch by giving out no information on who is involved in the band and they don't even bother with song titles. The two tracks on this second album from the band are both untitled and if you think that is obscure then wait till you hear how bleak and depressing this Funeral doom is. The 47 minutes on this release contain some of the most desperate, torture, mournful and emotional doom ever produced. The music has a kind of depressing ambiance that draws the listener in for better or for worse, that part of it is clearly up to you and your taste in Doom Metal.The slow drumming accompanied by the heavy, angst-ridden riff-age builds up a great saddened aura surrounding the music. You can feel the personal torment, of an individual on the edge of ending his/her miserable life, come through the music. The organ sound added to the mix makes it even more bombastic, and it feels almost like a twisted church mass.The slowly growled, tortured vocals creates a atmosphere that is incredibly stark. This is right up there with the best of them; Worship, Mournful Congregation, Thergothon and other leaders in the Funeral Doom realm. Along with the organ there is piano's, synths, guitars -acoustic and electric all pushing the sadness level to a point where at times it can be too much to bear. Not a happy album at all, this is pure Funeral doom that is extreme for the emotional heights that the music reaches at times. Intense guitar lines build layer upon layer and add the ambiance created by epic synths and beautiful keyboard lines and you have a sound that is rich, full and with a total dramatic edge. There is other little touches that make the album even more dramatic like the sound of a heartbeat slowing to a stop, or the simple drip drop of water in the background, all adding to the cinematic quality of the music. The album may too ambient for some but there is also a lot of straight out bombastic raw heaviness to create a balance but it also has its fair share of annoying moments like the pointless piano-hitting around the twelfth minute of the first track is definitely irritating. This is a heavy duty Funeral Doom album that is no easy listening experience but one that I instantly hooked onto. I listen to the album 6 times the first day I got it because it has that quality that can be listened to in the background or cranked up for maximum sonic affect. Solitude Productions is the site to go to if you want to find out more about this band but good luck, I haven't found a website, not even another review to find info on band members and so on. Obscure yes but a potential classic Funeral Doom album, only time will tell if they get the publicity they deserve. 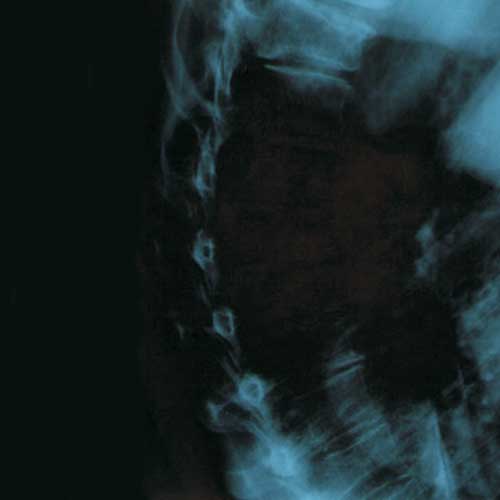 Solitude Productions
Reviewer: Ed
Nov 8, 2009
Next review: Wine From Tears - Through The Eyes Of A Mad