Formed in 2017 in Linz with a good sense of black humor and another binding factor the desire to make good thrash metal the band Earthsplitter was born, the members (Marvin, Daniel, Stefan, Mathias and Julian) try to make every live show a total chaos and are not afraid to stir things up. In the beginning of 2019 the band was making songs and in the second half of that year Eartsplitter went to the studio to create their first self titled debut album "Earthsplitter". The artists have put all of their energy and creativity in the 12 track album and after mixing and mastering Earthsplitter was ready to release it in the beginning of 2020 with a big concert.

The album opens with the song 'Into The Chaos' a mixture of heavy guitars and raw and clean vocals. The beginning in this song in specific, has a very good flow and everything just seems to work, when the vocals kick in you know that business is going to get serious. What I also like about this song is the different guitar riffs and the solo in combination with the drums in the middle of the song. It is something that you don't hear often. The bass guitar is also providing a solid basis and makes itself know sometimes when all the other instruments are silent.

Another song that I like is 'Insanity', the heavy sound in this song and the lyrics make it worth listening to. The beginning is a good build up to the rest of the song and makes you want to headbang. The guitars and drums together are very catchy and the breakdown in the middle of the song also provides a nice variety of different parts in this song. The vocals are mostly raw but most of the time in this song there is no screaming only in the last part. Of the whole album I liked this track the most.

Overall the album is musically vey wel put together, the mixing and mastering is also very well done but sometimes the clean vocals are sounding a bit dry. Every instrument has his own part througout the whole album and it all matches very well, not bad for a first album. Earthsplitter has their own unique sound variety between the songs, the quality of the music and sometimes the sheer brutality. I can recommend it to anyone who likes thrash metal with some experimental elements. 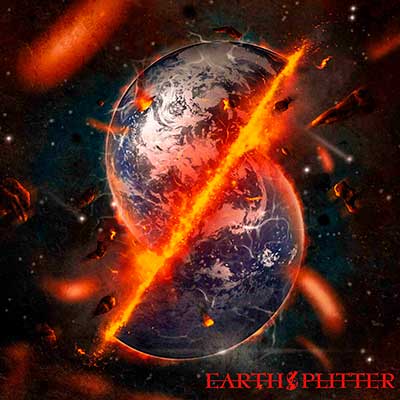