Ebola is a old school death metal band from Poland and existing since 2000. Despised the trouble with having a drummer Ebola managed to record 2 demos and a split release before they released their debut album in 2007.

"Infernal Revelation" and the track titles indicates that you have to prepare yourself for a blasphemous attack of slamming death metal. Guided by the stanic vocals which spew the lyrics over a pile of buning bibles, the tempo is fast with even faster accelerations. It is not speeding the whole time but the mid breaks are to slam. With unholy leads the guitars are chopping off heads and with riffs that go fast.
So far so good and it keeps good. The tunes have enough variation in tempo and melody structures to create a pleasant and sinister atmosphere.

Conclusion is that I enjoyed the album with its intensity and chunky ferocity and really looking forward for their next attack. 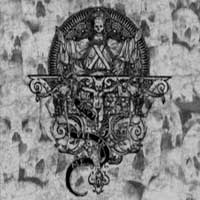