This two piece avant-garde black cinematic duo from Yorkshire have pushed this, their first album in over a dozen years onto the scene. Sounding like the crippled fantasy of Edgar Allen Poe mixed with the non-conformity of Dali, this album pushes the envelope on what is acceptable, and what, even though it can be called art, just should not have been released.

Each of the tracks on this album attempts, in some form or another, to subvert not only the expectations of their intended audience, but those of anyone. The second song utilises the repetitive ehythm you would find in a rundown haunted house with an attempt at creating meaning through the use of vocal effects and other instruments, but all it sounds like is a failed attempt at making music.

I can see how some areas of the album do work, primarily the intricate instrumental introductions to each song. They are then ruined by the addition of some form of vocal effect or strange instrumental addition. The only song with any real sense to it Is the fourth track, In Swathes Of Brooding Light Skeletal Birds Scratch At Broken Windows. And this only happens for about half the song, then the rest degrades into incoherent rambling. As does the majority of the album. 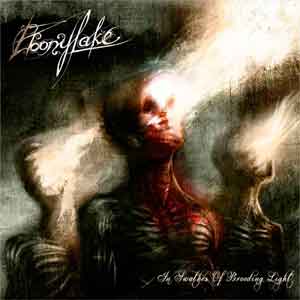