Egnum is a 3-man band from Greece. I couldn’t find formation information on their MySpace page, but in another review of their promo the band is listed as having formed in October, 2008. The band seems to be intentionally mysterious about the members of the band, as they list themselves only as L, S, and K, the bassist/vocalist, guitarist and drummer, respectively.

Both tracks on this promo start off immediately with no-nonsense, in-your-face aggressive black metal, but neither takes very long to expand into more dynamic terrain. Of course, they never stray far from the core of their aggressive-yet-epic black metal sound.

My first impression as I started listening was that this must be a drum machine band because the drums are almost unbelievably precise. They either actually used a drum machine for the recording, they cleaned up and quantitized the drums completely, or this “K” guy is actually that amazingly good. Whichever is the case, it helps the songs sound much more professional than they otherwise would.

In comparison, I felt like the guitar and bass parts seemed a little too “safe”. Their simplicity made the impressive speed and technicality of the drums seem out of place, and being that my tastes lean toward the fast and technical, I would’ve preferred they explored more of that aspect of the band’s abilities. That’s not to say their songs are bad in any way, Egnum does a great job of painting a grim landscape with their frenetic peaks as well as their melodic doldrums.

Overall, the sound of this promo is good, but not great. The album was recorded, mixed and mastered by L, and seems to have all been done with a DIY setup. Of course there’s nothing wrong with DIY, but I think this band is a little too fast to fit in with the kind of black metal that sounds good when poorly recorded. The drums sound almost perfect, which again highlights the small but still present problems in the sound of the guitar and bass. The guitar is overly fuzzy at times and the bass can be abrasively bright in certain parts. Also, while the instruments are well balanced in the mix, the vocals sound buried. I can’t actually decide how bad that is though because the vocals seem to lack the force and emotion you want to hear in a band like Egnum, but that impression might have even been caused by the vocals being so low in the mix.

In the end, regardless of the small things I can nitpick and think could be better, this is a solid start to the discography of a band I feel has the ability to make a name for themselves in their genre. Since they’ve posted both songs from the promo, you can head on over to www.myspace.com/egnum and decide for yourself! 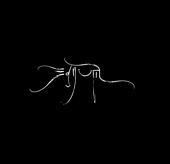 1. Throne Of Disbelief
2. Effigies Of Shame