Escape From herald from the cold regions of Poland to deliver their EP debut, "Opetani Okrucienstwem". As expected of an EP, it is short... thankfully. The band calls themselves 'blackened death metal' but there's very little that is 'black metal' about it. The musical style of the album is thick and chugging, usually in the vein of brutal death metal bands like Deeds of Flesh and Suffocation. Sometimes it even sounds like the repetitive power chords borderline metalcore, but that isn't what makes this EP a shortfall. The vocals are what makes Escape From hard to stomach. There are two styles: bad and extremely bad. The 'bad' vocals are a guttural scream that fits the death metal pattern, but then there's this high pitched screeching that sounds like the vocalist's balls are being yanked when he tries to perform. Not pleasant at all, even for metal music standards. They basically ruin the music. There's even some faint singing on "Oni" which actually sounds GOOD compared to the rest; a sign of hope perhaps?

The drums on "Opetani Okrucienstwem" are nothing special in the sense they just follow the pace of the music and vary from being extremely fast to mid paced. The cymbals have a hard time competing with the guitars as both can be shrill, and when the high pitched vocals come in it is just game over then and there. The guitars have that unison buzzing sound when trying to perform in sync versus when they do semi-long chugs or perform a rare solo here and there. On tracks like "Urodzona..." they buzz so much it makes it hard to enjoy the other instruments versus on "Krwawie" where there's some sharp, technical hammer chords that breathe some variety into the music aside from everything else just trying to be extremely fast as possible.

Escape From obviously needs some work, especially in the vocal department. The death metal grasp of their music is fine, but they are dangerously close to just cranking out rehashed material of the same songs over and over just in different places in each song. For some bands this works, but only those that incorporate so many elements into their style that it becomes a wonderfully complex mess so listeners don't notice. With just a guitar, bass, and drums, rehashing of a riff or two can be picked up on the spot. Best of luck to these young lads that they are able to pull off a miracle with a full length debut or second EP. What doesn't kill your earhole makes you stronger. 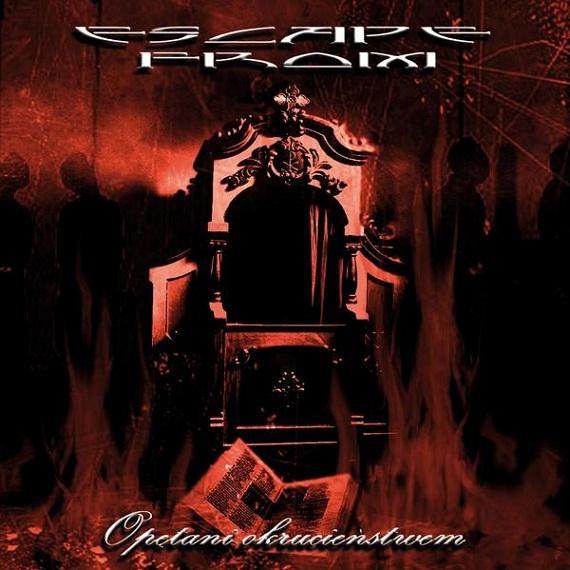