Feed Them Death – No Solution/Dissolution

Based in London, UK, the one-man-band, Feed Them Death, is here with their newest full-length album, "No Solution/Dissolution". This album is the complete version of their 2017 EP by the same name, which was also a one-man project headed by Void (Bune, Rising Bear Flotilla). This album was released under Exalted Woe Records and is in a rough middle ground between grindcore and old-school death metal.

Running roughly a half-hour, "No Solution/Dissolution" wastes no time in getting into the action. Right from the intro track 'Cadavoracity I', Void leads us into a pit of anger and primal rage – complete with classic vocals, blasting drums, and sick guitars. He follows this up with 'Exposed Parading Dissent', three minutes of 90’s throwback death metal. Seriously, this track reminds me of a mixture between Morbid Angel circa "Domination" and early Dying Fetus.

My favorite track, 'The Horrific Balance' is an absolute treat. It's regimented, it's explosive, and it's energetic. This track has a mix of higher and lower vocals, varying guitar riffs and tempo, and it just tells a story with both instruments and lyrics. This track is, hands down, an instant classic for me. It is the highlight of everything this album gets right.

That said, I can’t give all my time to 'The Horrific Balance'. I should also mention 'Doctrine Of Approximation' and 'Divide And Conquer'. 'Doctrine Of Approximation' is a faster paced, more technical sounding piece. It focuses less on the vocals, but it showcases Void’s guitar playing and drumming incredibly well. I tell you, this man can make a drumbeat sound like a machine gun. For 'Divide And Conquer', it really reminds me of Dying Fetus. Its got the aggression, the speed, the playing prowess too – and the breakdown in the middle will smash your face in.

I love its throwback style, but the 90s were still twenty years ago – that style has been done well and is well done. That said, this album is definitely worth a listen. This piece is worthy of your full attention, but you don’t lose much if you throw it on in the background. Here’s to Void, Feed Them Death, and more throwback metal! 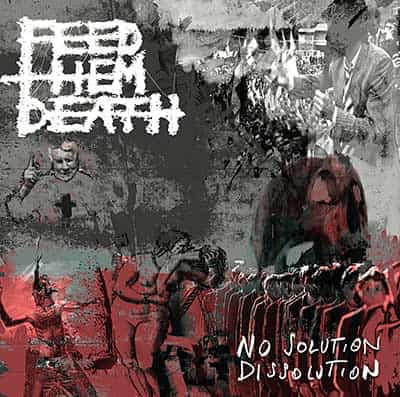