Fragments Of Unbecoming - The Everhaunting Past: Chapter IV, A Splendid Retrospection

Fragments Of Unbecoming are a melodic death metal band from Germany that seem set on telling a grand story. They've already got three chapters under their belt and now they deliver "Chapter IV". Spread throughout the album are a multitude of songs where a lot of the music is brutal, extreme, at times harmonious, and for some strange reason, fading in and out. Listen to "Deadlight" and fans may notice the the guitars seem to make the tone of the music cut in and out like a poorly tuned radio station. Apparently the music is so demonic it has the ability to warp the sound spectrum itself! Good for the band, but not the listeners.

Despite this hiccup, Fragments Of Unbecoming are no less talented on their fourth album than the earlier three. The guitars actually change chords every once in a while instead of just hammering the same notes over and over, but sometimes they can be a little loud and outmaneuver the drums. However, when the drums can be heard, there's plenty of cymbal use and not just mindless beating. The vocals are a clear, mid paced growl that don't annoy or sound like the vocalist is choking. It isn't original or as magnificent as some of the other things that other melodic death metal bands have done, like Dark Tranquility, but it holds its own.

While Fragments Of Unbecoming has no keyboards or extremely wild solos like so many other melodic death metal bands do, "Chapter IV" has its moments. While a lot of the music is a cacophony of sound trying to be as extreme as possible and sometimes accidentally outdoing itself, such as on tracks like "Diabolical Monologue," other tracks have much more structure and melody. "Below All That Is Mortal" has some really great riffs that are catchy and can actually be enjoyed versus many of the other blistering songs and "A Raintime Illustration," being as brief of an instrumental as it is, is much quieter than its counterparts, but still sounds wonderfully evil. This proves that not everything is about speed and exhilaration to make death metal sound good. It is unfortunate that the band did not have more songs like this mixed around in the album to make them even more melodic than they already are.

"Chapter IV" is not a letdown, but a continuation of what Fragments Of Unbecoming started from their first Chapter and onward. Unfortunately, the band may soon fragment in fan's eyes unless they come up with some more memorable structures to their work. No one likes the same sound being put out over and over again after three albums. Fans of Melencolia Estatica, Naglfar, God Dethroned, and A Ghost Inside will probably enjoy this. 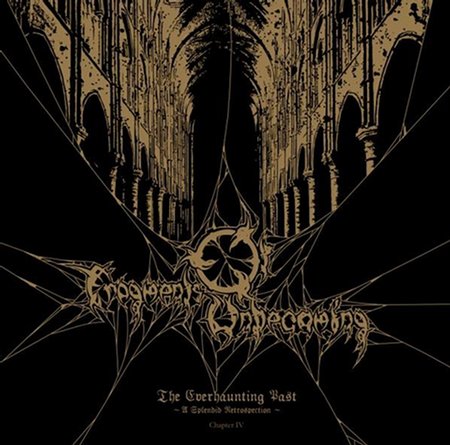