Galdr - Ancient Light Of The Stars

“The word Galdr is an Old Norse word for "spell, incantation", and which was usually performed in combination with certain rites. It was mastered by both men and women. Some scholars have assumed they chanted it in falsetto, relating to Giellan, the verb ancestral to Modern English yell”

This is the band’s second album release and like most black metal bands’ tends to keep themselves locked away in a dark room somewhere only to venture out after the release of the album and Galdr seem to be once such band although not being from their area I do not really know a lot about them.

On checking out the track titles I thought that Galdr were from Denmark or Finland due to the Old Norse referrals but in fact they come from Georgia USA which was quite a surprise. I am wondering will there be any more surprises along the way and the answer is yes!

A dreamy array of notes has just emerged sumptuously from the speakers like a soft breeze – I was not expecting that and the next track does not fall into the usual black metal category either as it is not the usual creepy chamber of horrors associated with black metal this has a tendency to flow but incorporates the evil black vocal style. The track itself is well balanced, structured and well produced. The timing of the tracks go from 1 minute and 4 seconds to 9 minutes and 23 seconds quite a jump but more bang for your buck as they say!

The third track is typically of a black nature and emerging darkly from the speakers is what you would expect from a black metal band, with its momentous build up and surging of evilness. So far this is a good mix of what to expect and what not to expect and therefore is a good balance showing diversity and a far reaching range of adaptability, offering the listener a distinct and varied sound.

Black metal concentrates more on mood and melodies (primal as they may be) instead of riffs and heaviness and I think Galdr has captured that low piercing quality very well. Fenrirs Sorrow summons up another classic track with simple melodies un-associated with the black metal genre offering a dark and thought provoking ambiance which is clearly an added bonus point and again a surprise for the unsuspecting listener who may think that all they are going to get is low piercing and incessant dirges with evil sounding vocals, this is not the case here.

In keeping with the laws of the black metal tradition Galdr do return to the initial riffs on Iss Og Odal (Iss of Odal) and this track for me is a whopping 8 minutes 30 seconds and I feel just a bit too long to be comfortable with although saying that Ancient lights of the stars – the title track of the album is 9 minutes and 23 seconds and casts an eerie ambience over your ears in traditional BM style.

To finish off the band have gone back to a more serene-like ensemble with Nordstjerne (North Star) and although dream-like in sound offers a very disturbing, haunting and atmospheric piece of music.

To sum up: the thing I do like about Galdr is that they are not just typical black metal they do stray from their comfort zone at intervals and the Old Norse references are a really welcome to the otherwise ritualistic black metal style. On the downside I do feel that some of the tracks are a bit too long to stay in that void of dark foreboding for that long can leave one feeling slightly bored.

Galdr isn’t something I could just simply throw into the player at a moment’s notice as I think Black Metal is more a frame of mind or mood but it is expertly put together and will no doubt get to the blackened heart of many a true black metal fanatic and cast them into that deep void of reflection - a place where many of them prefer to be. 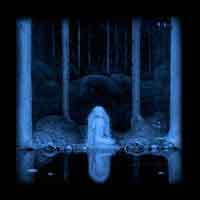