Gaurithoth is a band that was founded in 1997 with the goal to play pure black metal. Now in 2006 they release their self titled album with 10 songs. Hellish 2 vocalists, tight fast drumming and melodic raving guitars. Most of the time tempo is full speed but there are breaks to lower down but the power is still there. And what is the meaning of the screams at the end of "Wedding Ceremony"? Anyway, it is an album that has power, aggression, explosion and also some nice tunes. Nice one to check out. 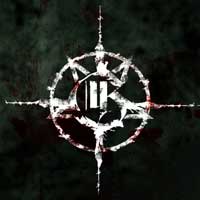 1. Divine Pregnancy
2. Satans Apostle
3. Deathsmell
4. Stench of the other side(satans bitch pt.5)
5. Wedding ceremony
6. Verijuhla
7. Confession of the pope
8. Overlord of soil
9. Unholy pissing Ritual ´05
10. When only light in life is the shine of the razorblade