Generation Of Vipers - Howl And Filth

The power of the riff. A quintessential element in any great sludge doom metal band. Generation Of Vipers follows the formula perfectly for making sludgy ear shattering doom metal by coming up with riffs that punch you right in the stomach. Just imagine SunnO))) mixed with Crowbar along with an experimental sound that reminds me of the Melvins. This Tennessee trio makes some of the heaviest recordings I have heard in a long time. On their latest album “Howl And Filth” the band hits home with tons of solid riffs and a loud production quality that causes my speakers to shake.

The first song “Ritual” starts out with a light drum build up and palm muted guitar riff. Then after about a minute the music quickens pace and the guitar starts making unique screeching sounds. In the middle section the guitar riff comes crashing down like an atomic bomb as the vocals howl over the dark distorted ambient noise. I really like the rhythm in the song because it changes pace while remaining consistently heavy. The song has an epic doom groove atmosphere created by all the instruments. On the second track “Silent Shroud” the guitars are even louder and more aggressive. I love how Generation Of Vipers does not cut back on the distortion levels and how the treble is up real high to create a giant sounding wall of doom. On the song “All of this is mine” the sound is mellower, but still keeps a dark feel. There is a weeping violins in the background which adds to the slow darkness. The last couple tracks never stray far away form the earlier songs, and maintain the heavy sludge tone. The last song “Misery Coil” is worth bringing up because it is pure power with an introduction riff that catches my attention right away. Along with the singers low gargling shouting vocals the song is intense from beginning to end. I like how the guitar player does not follow traditional scales during the solos and creates a variety insane noises that are probably hard to copy exactly.

Even though Generation Of Vipers is not a flashy metal band that plays a billion notes, their rib cracking riffs and unique guitar sounds make this album stand out. From the sludgy black metal doom sounding vocals to the crushing guitars this album is extremely well produced. I think this is one of the best sludge metal recordings in the last couple years. Most of the young bands I hear are trying to sound too similar to each other by using break downs and don’t focus on coming up with solid metal riffs which the creation of heavy metal focuses on. To me the bands that follow the Sabbath doom like blue print are coming out with some of best material and Generation Of Vipers helps make my case. These guys know how to incorporate multiple influences while developing their own sound. Yes, this is not virtuosic or technical brilliance, but low tuned heavy riffing simplicity is just as good and creates some great tracks to bang our head to. Sadly, sludge doom metal bands do not get the recognition they deserve since most of the music is underground and not played a lot on radio. However, I have hope for Generation Of Vipers and can’t wait to see what else they have to come up with in the future. Again as long as they focus on making great sounding in your face sludge doom riffs then I am going to be a fan. 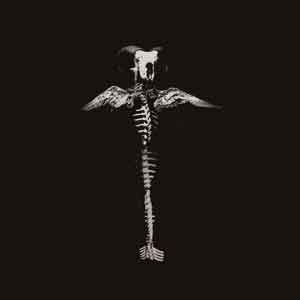