Germ Bomb - Under A Fading Sun

If 2013’s ‘Sound Of Horns’ was any indication of the vision of this band then ‘Under A Fading Sun’ develops and smashes the walls down with the pleasing gnarly assault that this new release gives you. We had all the comparisons on my last review, Celtic Frost, Hellhammer, Darkthrone, Venom, Mötorhead, the nasty side of music right. This is pure “apocalyptic rock ‘n’ roll” as the band themselves describe their music, rather more than mere thrash/crossover.

‘Black Mass’ develops on the opening ‘Abomination’ and fist pumps at mid pace through some gnarly material, I suppose a mix of black ‘n’ roll’ for tempo and hellish tirades of modern Darkthrone in most other aspects. If you listen to their previous album, in particular the track ‘We Own The Night’, you will get a flavour of this track ‘Black Mass’. However, in this new album, the production sounds a touch darker, more sinister and captures the sound with a much greater level of vibrancy than ever before. The title track also assaults and gives a slight touch of melody to the proceedings, a remarkable feat I know!

I like this, its dirtier than your average record, it’s not too lo-fi you can’t hear anything more than feedback, it’s a kind of polished form of a Swedish blackened mentality and is a very enjoyable soundtrack to a coming apocalypse! 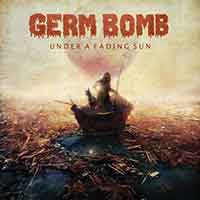