Glut! is a band from Spain and this album is released on Hecatombe Records. 11 Tracks in their native language with intros and played in a grind death metal style. Also a cover of the UG known band Gut which marks their influences. Fast tunes with stomach bursting vocals, heavy twin guitars but no leads at all which would add more dimension and tension to the songs. The (double bass) drums are powerful and set the tempo and the changes. Acceptable album with solid songs but a bit average in the scene today. It could be more outstanding and having more tension to step out the line of the many other grind death metal bands. 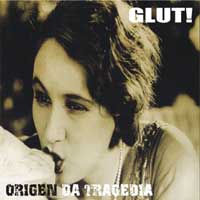