Firstly, I must say this is the first album I’ve ever listened to that was in Estonian – and the language fits the flow and style of Goresoerd perfectly. It's not a language that any other band could make use of in their music, at least not productively. This is really highlighted in a few parts of the album, like in 'Vaid Üks Padrun' – the chorus on this song is masterful, still stuck in my head, and made this one of my favorite all-time favorite songs. I mean, this song hits every note – the guitar and bass are juicy, the drumming is perfectly paced, and the vocals are flawless.

In addition to 'Vaid Üks Padrun', 'Vaikus', 'Metsaline', and the album’s namesake, 'Kain', are solid pieces. 'Vaikus' is the most groovy of the songs I’ve listed – it moderately paced and has some nice changes in the vocal style (death metal; softer, more melodeath style; and fairly soft, clean vocals), but also has decent technicality with the instrumentality. If I had to pick a favorite that’s not 'Vaid Üks Padrun', this would be it. 'Metsaline' is a nearly-four-minute hammer fest of heavy-fucking-metal about ancient evil. Lastly, 'Kain' is a much slower paced, more thorough and melodic piece – it shows off more of the technicality of Goresoerd and highlights their ability to tell a creepy story.

This album is not quite perfect (I’d like to see a bit more variety between the songs), but it is inventive, original, and entirely unafraid of pushing boundaries – and that’s not even mentioning how solid the base performance is. I highly recommend this album, and at the minimum, you should check out 'Vaid Üks Padrun' – it’s a masterpiece. 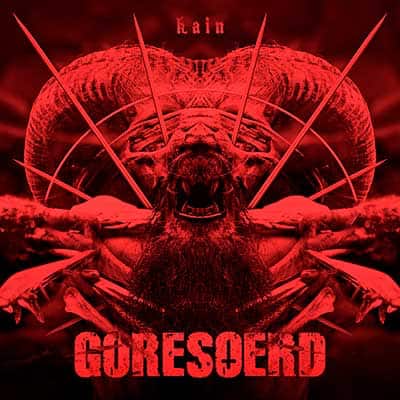 Self released
Band: https://www..facebook.com/goresoerd
Reviewer: Matthew Bolen
May 7, 2019
Next review: Iron Fire - Beyond The Void