HssH is a black electronic industrial metal project from France. Don't expect some Black Metal but more industrial electro music with weird vocals. This is no easy listening but something you have to use to. The duration of the songs are long so a lot of touches of different moods. Some good parts (end of track 1) and some bad parts. Also great intro of the last song! Surely one to listen to to judge for yourself. 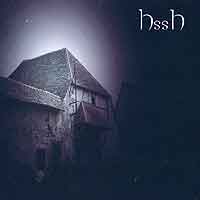 Self released
Reviewer: twansibon
Feb 26, 2009
Next review: Hrimthurs - War Of The Ages