Hyban Draco - Dead Are Not Silent

Just barely after the release of their debut album, Spain's Hyban Draco are at it again with their sophomore release of Black Metal. One thing that this band does so well is the creative use of atmosphere, going for a creepy, melodic outlet that bands from Limbonic Art to older Keep Of Kalessin have been doing for some time. While most Black Metal bands will just aim for the usual tremolo picking, Thrash tinged fury with shrieking vocals and melodies interwoven, but barely audible, with the rhythms, Hyban goes for melody right from the beginning and makes sure it is always audible. On 'Dead Are Not Silent' there are plenty of tracks that feature both the heavy and melodic side of the genre. There are the instrumental tracks such as "Angel's Nightmare" and "Spirit's Lost Shade" feature the slow, keyboard build up before the guitars come in and progressively get heavier or just a straightforward blend of the two going head to head in an easygoing flow. Bits like these are more similar to Emperor. The heavier tracks like "The Stars That Light The Lake" feature sectioned melodies that start off like a battle march and then just carry on throughout. The guitars, as opposed to performing cohesively, instead play off each other in a spectacular fashion which makes for much better song composure from beginning to end. "Moon's Crust" is one of the heaviest tracks that tends to leave out some of the quieter melodies, but even the electrified ones sound like they have some excellent folk rhythms to them which enriches the Black Metal even further.

As far as the vocals go, they have a bit of a distortion to them so they are not the clearest,but sound like a cross between Shagrath of Dimmu Borgir and Thebon of Keep of Kalessin. While there are more talented vocalists out there, compared to all the other more generic bands, the one for Hyban Draco has lots more talent and range. Even though most listeners will be focused on the guitars, the vocals are the next thing to draw attention. The atmosphere tends to blot out the full effect of the bass and drums, but those are easy to overlook as the guitars build everything up to steal the show. As far as their debut was, this release is more dynamic, which is rare for a 'one year' wait between albums. The self-release of 'Dead Are Not Silent' is going to make it difficult to locate, but those that do are going to be very impressed with the Spanish output. 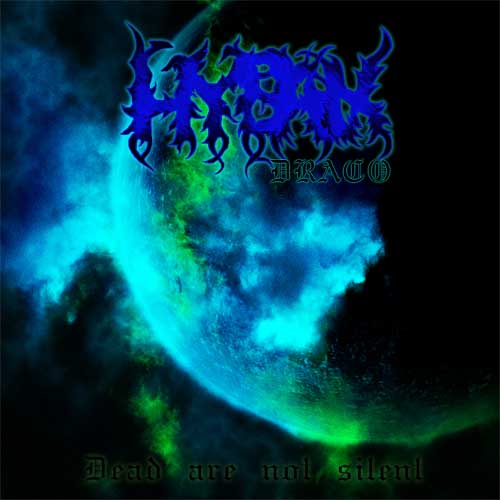