If you like melancholic metal with just enough catchiness to keep your attention enthralled, then In Mourning's "Monolith" will certainly appease. Hailing from Sweden, the band has released several demos and a full length debut before releasing this album. What fans can expect to find is a very complex, progressive doomy death metal opus. There's a lot of melody here and structure akin to Old Man's Child, one of the leading melodic black metal bands of Norway. Listen to a lot of the chugging riffs from the opening track, "For You To Know", and you'll understand. The guitars change from chugging, condensed assaults to slower, more melodic passages that might be heard from an Opeth album. The drums are a pretty constant pace; fast and aggressive. The vocals change between a mid paced black metal snarl to some deeply emotional growls as well as some clean vocals. The clean vocals are by far not the best side of the band, but the growls more than make up for them.

At different times there's even some good rock or thrash riffs thrown into "Monolith". "Debris" opens up with some riffs that reminisce Metallica before transversing into some of the heavier death metal melodies that are usually recognizable, and as always, there's a very quiet, gothic interlude to let the melancholy set in before things start blasting away again. "The Smoke" is by far the best song on the album because it is so varied and catchy. Ninety percent of the riffs are downright fantastic and nothing goes on for too long before becoming monotonous. For some reason, in the middle of the song, the clean vocals actually sound decent. Perhaps the vocalist has finally found the right pitch for the music? Aside from that the track also features some really great guitar melodies for the last quarter of the song that sound really well with the echoing death metal vocals.

Death metal obviously is what dominates In Mourning's style, but there's also a lot of progressive moments. "Pale Eye Revelation" has some interesting guitar styles that sound almost like keyboards; very Dream Theater-esque. As said before, the other quieter interludes where only the guitars can be heard picking out strings are the other progressive elements, though they fall still in the death metal category. "The Final Solution" has the longest interlude, and due to its epic length, also has the most resemblance to Opeth, with even a little bit of what could be some jazz flair in the way the guitars chug near the end of the song. Expect a grandiose exit to "Monolith" with this one.

In Mourning still know how to deliver their death metal, seeing as how they've been together for fifteen years with few lineup changes. Fans of Rapture, Septic Flesh, Agalloch, and of course, Old Man's Child will find all sorts of relations in the music style and hopefully enjoy it very much. Every song is varied and holds a riff or beat different from the others, and that is why "Monolith" is certainly a masterpiece. 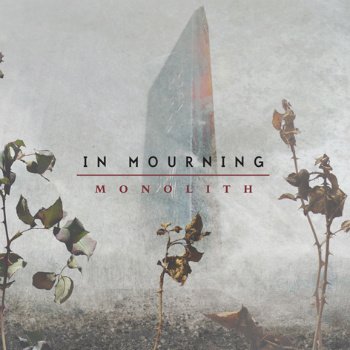