Norway's In Vain deliver some more melodically crushing doomy progressive black metal with their second studio album, Mantra. As expected, the songs are longer than most, but the music is very enriching for the most part. The guitars have a very mournful, black metal strum to them for the most part (though on the first track there is a very interesting progressive solo where the guitar sounds like a keyboard). A lot of the more quieter, acoustic moments or other guitar solos sound a lot like something one would hear from Opeth, but the grandure is a bit lacking from Mantra's delivery. While there are great progressive elements on the album such as a chanting choir on "Wayakin" or  the brief, blues infected "Mannefall," the album still feels very basic and not ready for the epic levels that a band like Opeth has reached; partially due to the vocals which are poorly done by In Vain's singer. The drumming is thick and sometimes lost in the rest of the music as it just beats incessantly; at times it is hard to tell if it is the bass you hear rumbling or the drums themselves.

Saving the vocals for last, they are a hit or miss. Opening with a poorly done black metal shriek, fans may get turned off instantly. However, the vocals also make good use a death metal grunt that sounds just slightly better, and a mourning clean voice that sounds the most fitting of all. The black metal screech is one of the most annoying of all while the grunt sounds very untrained. The clean vocals sound like a cross between Vintersorg of Borknagar and Jonas Renske of Katatonia. Sometimes there's two of them to really show how In Vain shines, especially on the acoustic hidden track "Wayphearing Stranger" where the sudden calm of the music really suits the vocal style versus the more poorly done harsher vocals. The good news is they complement the music well in the sense they don't overbear or try to ruin the atmosphere at certain moments. The harsh vocals stay with the more chaotic side of the album, and the cleaner ones serve for both the acoustic and electronic parts.

Due to the constant change and style and the progressive elements aloof, a lot may compare In Vain's vocal work and musical structure on Mantra to the recent Borknagar. Both bands are on the Indie label, but ultimately when it comes to experience, Borknagar takes the cake due to more experience. In Vain does seem to have a lot to offer through tracks like "Circle of Agony" where the progressive elements work with the death metal exquisitely, but they will have to step up their game in order to reach more lofty heights. As long as they continue focusing on their progressive metal abilities while crafting their own style and sound that doesn't sound too much like Borknagar (keep the clean vocals would be a great way of doing this), they should be fine. 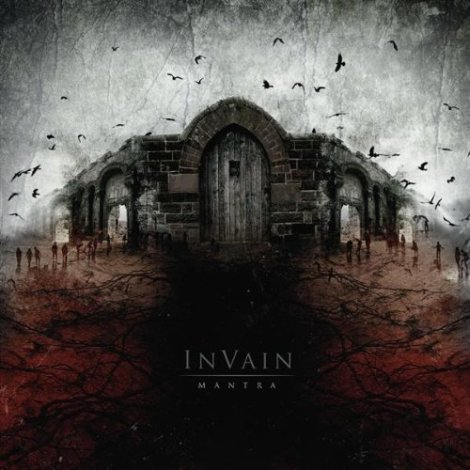