Death metal extremists Insain definitely know how to shred on their guitar skills, play sickening blasting drums, and use vocals that make you notice that this is death metal at its finest. 'Spiritual Rebirth' offers eleven tracks of non stop aggression from the starting track of 'Black As Your Light', where you can easily pick up on the major influences such as Nile, and death metal favourites, Cannibal Corpse. Without letting that note put you off - I'd recommend seriously checking out at least two tracks from this brutal French quintet. Album titled track 'Spiritual Rebirth' is one of those two tracks in need of listening to, with its serious antics of never giving any of the musicians a break, it seems like there's constantly something happening from each member.

The other track most definitely in need of a hearing, would be 'Dying Mind', simply due to the way it somehow evaluates into textures of each instrument component rather than everything raging at once, effective with the casual (nearly) pig squeal near the end of the song, which is then used more frequently throughout the album. Don't let that fool you into thinking that it's soft, it really isn't. And it isn't deathcore either, yet it's not quite Abominable Putridity death metal styled.

It would seem other French death metal bands could be spotted higher up on the leader boards (Such as Gorod and The Bridal Procession - to name a couple). Yet at the same time it appears Insain still have much to learn before discovering their true sound, which could easily land them a space into larger proportionate events . 'Spiritual Rebirth' does offer extreme heavy metal at it's most possible enjoyment, but the daring question being how long can they continue playing just generic death metal. 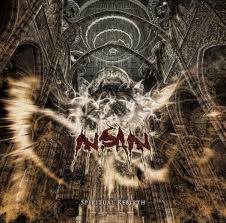