This EP is the side project of members of the band Caliga and was released 7-10-2006. It's deathcore, very raw with drum machines, not a whole helluva lot of production, but it seems to work. It reminds me of Coal Chamber, very hooky, heavy, it grooves and it's got some tech-metal time signature breaks thrown in for good measure.
The vocals are solid -- did I mention Coal Chamber? well anyhow it's very Dez -- and there is definitely some interesting shit going on with the guitars, though higher-end production would have brought it out more. To sum things up this album sounds a lot like a raw version of Caliga.

Complete release can be downloaded from the Gomek Records site. These downloads include MP3 and art. 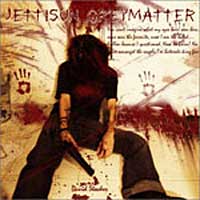