Johansson & Speckmann – Edge Of The Abyss

Normally I get really sicked when I hear the name Paul Speckmann and Rogga Johansson. In this case I must say that I do not feel that when I listen to this album. This is the third album that these death metal legends do. I liked the first album, the second was a bit to standard for my taste.

This album isn't bad but misses inspiration in my opinion. It is an typical death metal album but misses a lot of rough elements and a 90s vibe. The guitar riffs are straight in your face and combined with a lot of solos. The drums are a blasting heaven of brutality. The vocals are done by Paul Speckmann and are light grunts. In my opinion the vocals of Paul have become more softer then heavy and sound not so good anymore. I would have liked it much better if Rogga Johansson would have done some of the vocals.

The songs are also not long and after listening to it I get a feeling that is was written in hurry. But overall this album brings you 9 songs that are strong but not very exciting. It is straight in your face with an very good production but misses that extra punch in my opinion. I love Master very much but this does not come close to that. But if you are into old school death metal then you should give it a try. 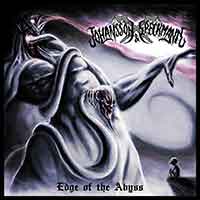