After nearly twelve years it feels like Spain's K-OS were sucked into a parallel dimension and then spit right back out some time later. Nobody really knows what happened to them and one day they're back on the music radar. As a result, this Thrash group's raw tone may take some getting used to, but eventually listeners will settle into the hybrid of Thrash and Groove Metal put together- entirely in Spanish. Despite 'Planeta Violento' including a few tracks in English, the entire album is done in a different language that may present a bit of a language barrier to enjoy. However, on the good front, the music doesn't feel like a copycat of Slayer or Metallica. On the downside, the band opens their album with the typical 'air raid siren' that so many Thrash and Black Metal bands have used before that at this point it's just tiring to hear... thankfully it is just an introduction and doesn't really interfere with the rest of the music.

The album for the most part carries on with a typical, mid paced chug divided by a solo here and there such as on "Hombres Muertos." The key focus on the chorus is driving but after a time starts to feel a bit old if the formula goes on too long. Other tracks like "Alambique Jones" are much more varied as they speed up, slow down, and trade cohesive chugging for singular raw guitar string moments that make the music sound darker on a whole new atmospheric level. Other tracks like "Carcel O Sudario" are more focused on Groove Metal and include a lot more rhythm, though at its base listeners will still agree it basically sounds like Thrash. Overall, the album is a strong return, but may require a bit more variation between sound and lyrics in order to really draw in a current audience as opposed to just fans who rejoice at their return since 1999. 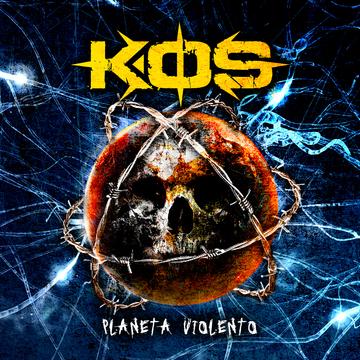