Kamera Obskur is a bit of an odd bird. On 'Bildfanger' they merged experimental black metal with indie rock and when it comes together it just sounds pretty strange, and at the same time exciting. Tracks like "Morgen Grauen" and "Sternenzerstorer" are chaotically dissonant, but its the vocals that really provide a new level of madness. Rather than be the typical tortured shriek, they drone and murmur on like someone who lost their mind in a clean, well produced manner that rises above the plinking, psychotic guitar notes. The keyboards in the backgrond provide a great haunting backdrop and further add to the mystery of the music overall, like a Halloween set. Other tracks like "Ballade von der verlorenen Kindheit" are more rock oriented, but still contain the chilling atmosphere. "Ende des Weges," the last track, takes a different route as it goes for a more jazzy, Pink Floyd rock progression that adds a great deal of ambiance to the music overall.

It's hard to say if listeners will love or hate Kamera Obskura; probably somewhere in between. The music is quirky and entertaining in an experimental rock sort of way, while at the same time being mystical and dark in a black metal sort of way. One could even call this stuff akin to dark metal long the lines of Kalmah, but the latter is more melodic in the guitars than experimental or random. The vocals will either be considered chillingly pleasant or neurotically annoying; they're soft, but don't have that lull that other German vocalists like Til Lindermann of Rammstein do. Still, the vocals are mostly what make the Kamera what it is, and along with the gently tone of the music, offers a twisted musical journey that fortunatly eases more than cuts into the listener, so it's a lot more accessible than most experimental blackened rock. 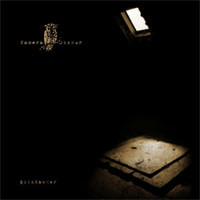