Kaoskult prove that hell and it's minions truly must retire or at least vacation in Poland where this band hails out from.

Kaoskult one can say is a band who certainly aren't in a hurry. This outfit came together back in 2006 but did not release their first demo until 2010 now only come the beginning of this year 2014 have they finally unleashed their debut full length album which I will state was well worth the wait.

"Secret Serpent" might sound like the title of an occult book however it is the most wicked debut album put out by this demonic 3 piece unit. Koaskult definitely know what they are doing and how to be together a true esoteric black metal album.

"Secret Serpent" presents classic black metal vocals which belch out the wisdom of chaos and the occult which blend in harmoniously with the distorted guitar sound and heavy drum tempo -simple yet effective -love it !

Considering this full length is the Kaoskult's debut album they have managed to take on many twists within each track and have experimented much with black metal sound and vocal expressions. I was highly especially impressed with the album's 3rd track titled 'The New Aeon' and love the consistency of melody throughout this album entirely.

Only strange thing that I have found here was how the band members presented themselves meaning with the titles or names they have chosen to go under: W,V and Z ??? Now I would love some clarity on this one.

I do wish to make mention how much I love the cover art of this album and state that it would look great on vinyl. I really like this band and this album is total killer. I definitely recommend "Secret Serpent" and the mystery it holds. I give this band and album a 5/5 star rating and not just because I'm in a good mood haha.

Experimental yet classic black metal sound with catchy melodic riffs cannot go wrong. This album holds a beautifully rough symphony of chaos which just needs to be experience by all underground dwellers. 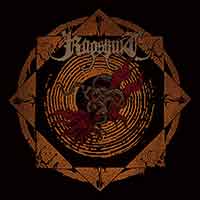 Label: http://www.odiumrex.com
Band: www.facebook.com/kaoskultofficial
Reviewer: twansibon
Dec 7, 2014
Next review: A Scar For The Wicked – The Necrobutcher