Karnak Seti is a Melodic Death Metal band from Portugal with Thrash influences who have a strong balance of clean and harsh vocals to add a bit of a unique touch to their second effort, 'In Harmonic Entropy.' Living up to their title, the album is full of riffs that would make Dark Tranquillity proud when it comes to a track like "Only Red Mist Descends." The layering of the harsh snarls and vocoded cleaner singing is an excellent way to grab listener interest because it is such a unique combination. When that doesn't feel appealing, tracks like "Golden Age Of Downfalls' give off simpler, yet very catchy riffs which show the Thrash influence- razor sharp with the guitars but still highly melodic, especially during the interludes. "Stranded By Innocence" has a few keyboard moments that give off a more electronica effect, but do not dominate the album and keeps to a minimum so when listeners hear it, it is a unique experience, and there are many of those in the album.

The band also seems to delve slightly into the Metalcore vein on tracks such as "Luctor Et Emergo." Somewhat repetitive, the music is still chug dominant and the harsh vocals have been layered between the hardcore chanting during the chorus and the snarling to great effect. For those seeking out memorable solos, "Collateral Dreams" merges the best it can with Melodic Death Metal with Thrash for a rather expanded closing. Some might think it goes on a bit too long, but those who know Karnak Seti's work from their debut will understand that epic tracks are new territory for them, and they pull it off well without any use of lengthy ambient fluff or extra minutes of silence that really end up being a waste of time. To compare 'Harmonic Entropy' to 'Scars Of Your Decay' is no contest; it is clear that the band has upped their game and come out on top with another very solid album that doesn't shy away from their previous style, but instead expands upon it with bigger and better sounds. 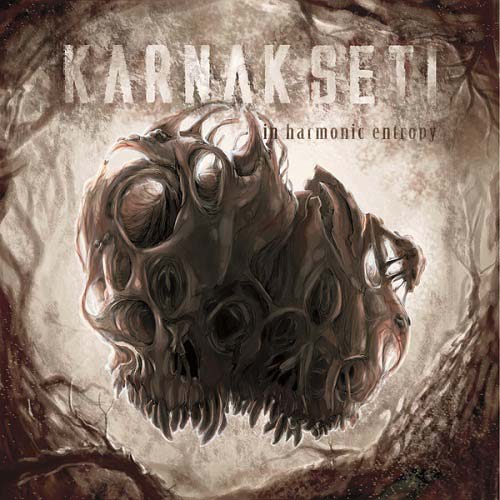