King Fear's debut EP is a mix of Black Metal and Rock n' Roll. Effectively, the duo Mal Daeth and Nachtgarm switch between both speed and groove, opening with the raw "The King (Of All Fears)" which will appeal to fans of the faster kinds of Black Metal in the vein of groups like Gorgorth and Winterdemons. But, the really interesting tracks are the more Black n' Roll ones. "The Sun Of Days Gone By" definitely feels like it draws influence from recent Satyricon with the rather repetitive riffs and certainly slowed down pace, but definitely has a lot more hooks compared to the more 'basic' tracks. "His Disciples..." includes a unique closing melody that has some eastern riffs involved and brings a whole new spectrum to what listeners probably thought about King Fear right from hearing the first track. Finally there is the closing "I Found A Better Place" which is almost like Doom Metal with how slow and dark the atmosphere is in combination with the experiment on the vocals, but the repetitive nature of the lyrics may turn listeners away faster than they can really appreciate the music. Still, King Fear does a great job at offering a variation between each track so everything doesn't just feel like a generic slab of ferocious Black Metal that- while solid and gripping- becomes lost in the sea of so many other bands just like them. 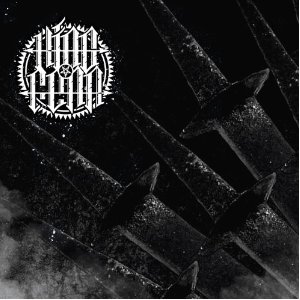