Krisiun - Scourge To The Enthroned

Solid production quality, uncompromising Krisiun never ceases to amaze the listener! Though I'm in favor of 'Conquerors of Armageddon' as their best release, this one, however, hits home with a vengeance. It's not all blast beating it's solid death metal that's probably nay arguably their best release since 'Conquerors...'. That's just my opinion though. Think of it what you wish, I think they changed it up a bit and have slower tempos musically and a great mixing/recording quality. I loved every song on here. I never knew that music like this is possible, it really stunned me that this is where Krisiun leaves the mark.

Alex's vocals stay the same throughout, but the music flows with the music. The order of compositions are that it's 8 tracks of damaging death metal. Damaging in the sense to the eardrums. But put to a mild volume, this release shines in all aspects. After all these years, they've emerged once again to "kick ass" in the riff department. Moyses seems to have slowed down a little bit on his leads though, they're not as technical as they used to be. But that's alright, the riffs he came up with were well coordinated for this album. They definitely aren't fooling around musically, they want to be as technical as possible rhythm wise.

I can't single out a song on here to listen to first, all of them kicked ass. I really admired the production quality. You can hear everything in the mixing. The music is just BRUTAL. These Brazilian natives hit top of their game on here. Sure there are slower songs, but the rhythms kick ass. It's not as catchy as 'Conquerors.." but to duplicate a past album is nonsensical. They wanted something new and fresh. And that's what they've achieved on this recording. There are 8 total tracks on here running over 30 minutes in length. Just enough time to show the death metal community that Krisiun still is at it kicking ass.

Download this album on Spotify or possibly watch a YouTube via of a song. Either way, that works. They've achieved perfection on here. And given us an album that's so invigorating and diverse. The tempos are at times slow but mostly they alternate between that. So yeah, I would download this and listen to it on Spotify because I was (like I said) all the tracks are worth your hearing. If you listen to it and strongly disagree with me about the outcome, so be it. These is just what's flowing in my ears when I listen to this album. Everyone's tastes are different so if you don't appreciate the album, that's not my fault. Get it. 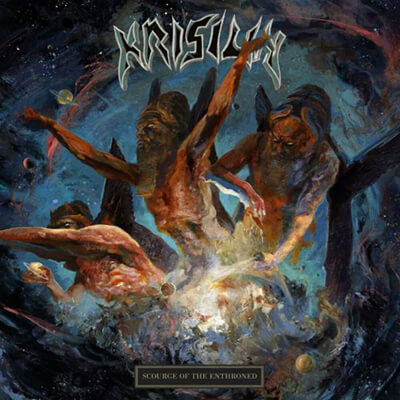