Lake Of Blood - As Time And Tide Erode Stone

For a debut album, 'As Tide And Time...' may seem a bit brief with only two tracks.  These tracks, however, are lengthy and epic, clocking past fifteen minutes each. While it does make the album seem worthwhile to listen, U.S. based Lake Of Blood have the monumental tasks of making each track worth listening to for every second. The band ties in Melodic Black Metal with Doom Metal along with a thought provoking concept, which is enticing enough, but is it really what fans will be looking for? "Proxigean Arcana" starts things off with some of the more Black Metal infused tunes which involves a clear production so the drums can be heard over the churning guitars and twisted, high pitched vocals that aren't annoying or riddled in distortion. Near the end of the songs the music gets more rhythmic, but also repetitive. The second part, "Destroyer Of Vices," is a bit slower and downtrodden bordering the Doom Metal genre at first but overall the rhythms are just like the first track. It's fast, with hints of tremolo picking, but doesn't vary up the 'melodic' parts. As a whole, the pace of the music is more easy going and will probably sit better with fans, especially near the end when it becomes especially haunting and twisted similarly to Deathspell Omega. However, two tracks certainly aren't enough to showcase the full potential of this band. Perhaps if they had added a few more tracks, some more atmospheric than others, then this would have been a more impressive release. It seems like the band is only scratching the surfacing and teasing fans with this debut, while their previous albums showcased so much more. 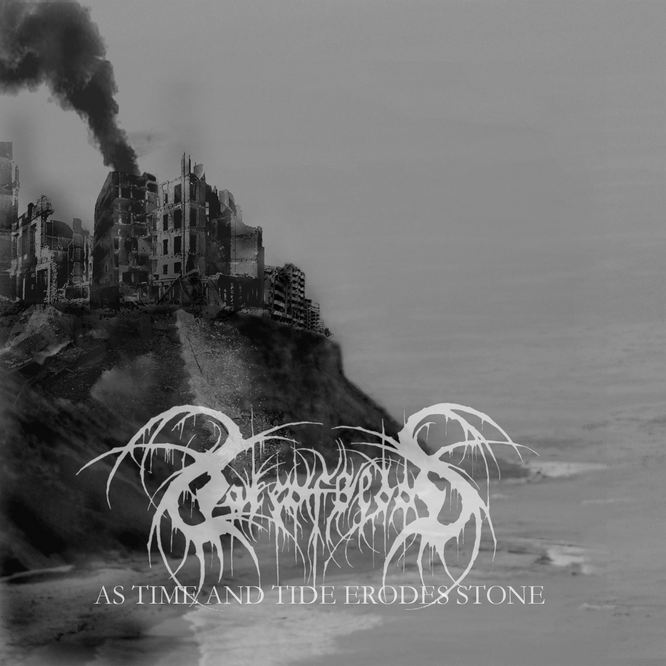