You got to admit that Scandanavia has a lot of metalbands, especially extreme metalbands and a lot of black metal, but in al the mayhem and the carnage a more gothic doom band formed in Sweden not extreme but without no doubt they became pioneers in also a new style of metal I am talking about Left Hand Solution.

Founded in 1991 in Sundsvall Sweden they where one of the first bands who where experimenting with gothic doom style. Their first demo was released in 1992 named "Dwell", after some albums and demo's the band got signed to a tour with on Nuclear Blast this would take them trough Europe, America and Canada and everywhere they played Left Hand Solution made a good impression. But after a while the personal live's of the band members began to influence the band and in the early 2000's they slowly faded in obscurity, although they played some shows it was a rare instance.

After more than a decade of silence the current line-up (Jocke, Peter, Mariana and Erik) got back in the studio and recorded the album "Through The Mourning Woods". 'Blessed Be My Fallen Angel' is the first track on the album, it's and example of slow doom with melodic and ambiance this songs feels like you are getting dragged into a darker place filled with sadness.

The song that I liked the most was 'The Bleeding Hart', beginning with a slow musical intro and dragging guitar riffs the song slowly starts to unfold when Mariana starts to sing, continuing with the slow heavy riffs completely gets you into a flow. In the middle of the song there is a lighter and more softer part followed by an threatening riff and some grunting combined with female vocals and scary sound effects. After that the flow kicks in again until the end of the song.

'Fields On Fire' was another favorite of mine, starting with guitars on the background en drums in the foreground, they come together at once and after that the bass guitars also joins, and when it does it gives a lot of low end punch, even more than when its present in the other songs. The vocals combined with grunting in this song are amazing and without any doubt makes this song even more rock solid. There are also some lighter parts in this song which gives it more diversity and strength. The final part of this song is just one big musical guitar pice, this is something what makes the song more interesting after more than six minutes. But suddenly the song ends, this is also the end of the album.

The low female vocals combined with the other style of vocals on this album are amazing, the music is slow but interesting to listen to and gives you the feeling that you are in very dark place. You really need to be in a mood or like this style to listen to Left Hand Solution, they have a very specific sound because of the slowness and sadness in their songs, thats why this album gets 4 out of 5 stars. One other reason that this album has a good rating is because it is difficult to play and maintain a slow tempo and still keep the music and vocals interesting. After a long periode of silence Left Hand Solution reemerged and this album is a statement that they are still a force to recon with, I would certainly recommend this album of you like doom and gothic metal. 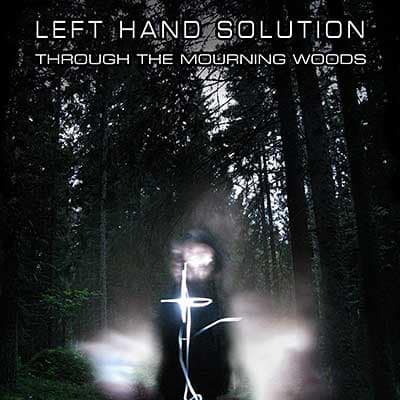 1. Blessed Be My Fallen Angel
2. And Time Went By
3. Return the Sun
4. The Bleeding Heart
5. Stillborn
6. Fields on Fire