Most of you know that Leng Tch'e is a Chinese torture methode to cut a person into bits. Also most know that the band hide members of Aborted and Suppository. So if you know these facts you mostly know that they released a new album in March 2007. "Marasmus" is the name of the new album and has 16 razorgrind tracks. Did they play in the past short grinding songs, nowadays the songs are longer and more death metal orientated. Good interaction between the fast parts and the mid paced ones giving beats that swing. Raw bulging vocals that go high and low over guitars that slice with dirty hooked riffs. The songs are not on one simple fact but they are seeking borders to cross which result in an album that offers lots of variation, aggression and guts. Leng Tch'e is moving away from the grindcore but adding more attitude to their sound. Top! 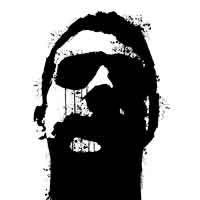