For the audiopart there is no introduction needed and if you don't know the album then fuck off of my site!! The interested part of this dual disc is the live concert from 1989 which is on DVD for the 1st time. Also a replica of that concert ticket is enclosed. But let's see the DVD. After a short intro you get the choice to see the complete show every song seperate. The show is filmed with various camera positions and the sound quality is very well. Watching the complete show is getting me nostalgic and bringing back the feeling I got when hearing the album for the first time back in 1989. Without doubt THE album of Morbid Angel and this DVD is a very welcomed addition. Obligatory!!! 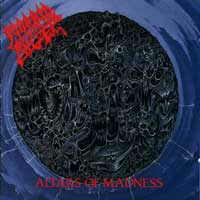