Waoh this album is a blast! So yes, Netherbird is not the most famous Swedish band, not the one that makes the front pages of the magazines, not the one that all the young death metal guys talk about but nevertheless the band, based in Stockholm, is slowly approaching its 20 years of existence and already has 5 LP to his credit. "Arete" is their 6th. Working in the shadows, he represents the dark side of the force, that side if it did not exist which contributes to making Scandinavia an active cradle of extreme music. Netherbird is neither more nor less than an excellent band which, if it occupies an average rank in its country of origin, would undoubtedly be a national flagship that many countries would appreciate to count in its ranks as the level of the band is high. Thus, it is strong, solid, efficient, melodic when necessary, very dark or black when necessary. The band has a more than consistent fanbase, loyal followers who follow the band's opuses with delight, frenzy and impatience.

The LP "Arete" closes a trilogy started in 2016, this album which could only seem of good quality often contains second parts of particularly captivating and heady songs, it is quite symptomatic of the tracks which does not immediately reveal all their power and charm. The rhythmic and melodic progression goes crescendo. These compositions are admirably well served by musicians and a singer at the top of their art and who put their abilities at the service of the collective, all resulting in a very homogeneous and racy album. Nothing negative to report on the orchestrations, the sound quality, it is very clean, very professional without being clinical. The vocals live up to the expectations for the style, it is sober but very effective.

For my part, I can admit that I succumbed to the charms of these bewitching melodies which speak to me, which speak to my dark side, the one that everyone has and that few accept the presence of. Netherbird has everything going for it, musicians confirmed in the prime of their lives with in particular the ex drummer of Amon Amarth for more than a decade, but who knows how to blend into a collective masterfully led by its singer Nephente and his guitarist Bizmark. The compositions are successful and are a subtle mix of Death, Black with a lot of melodic, we are at the same time on the border of Swedish melodic death metal and Finnish melodic death metal styles and pure Scandinavian black metal as we like and that we appreciate.

The album totally deserves to be listened to and awarded, there are some flagship songs but the whole is so coherent and sweeps the specter of death metal, both melodic and black that it is complicated to put forward a title more than another, there is something for everyone! Exception of the song "Void Dancer", which alone deserves to enter the pantheon of the best songs ever written in this style! I admit that few titles of this level have resonated in my brain for several decades.

To be consumed without moderation with urgency by all death metal fans. If innocence is no excuse, to miss this LP will be a shame! 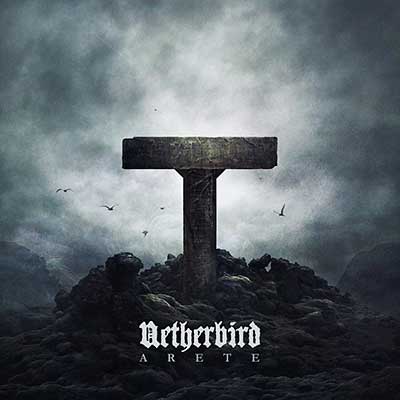