Racing is loaded with inbreed, ignorant rednecks. Bullshit! You think that-you deserve to get the living shit beat out of you! Nitrous was formed by champion drag racer Lauri Kuriks in 2004. This isn't the gay metal started by 'pro-wrestlers', this is truly, hands down, pedal-to the metal-because of metal, sheer, brute, 'Dominant Force'. Take all the aggression, and speed hunger addiction in your blood and add this dose of Nitrous into your system! This thrash metal outfit is guarenteed to make you rage your fucking ass off for the extra 15 minutes you never knew you had in you. Louder than the Daytona 500, drums that produce more sonic boom than a crackling 1000 horse power engine, guitar that rev up heavier and thicker that Lauri's car-and lead fills/dive bombs that are grainier than 2 dragsters peeling out of the blocks, bass that reminds me of a 20 car wall slam! Inject this into your system and get ready to burn! If you love hot rodded, fast as fuck cars, and music equally as fast-made by a man who lives what he writes about! Then get this, and hold onto it until you next Sunday outing, all alone on a country road or on a track, just you and the opposition-place in your CD player, and watch as the music gives your car the nessecary torque you need to make the other guys look as slow as his grandmother on a cold winters day while her arthritus is acting up! Metal that pushes the limits!!'Give Me Fuel, Give Me Fire, Give That Which I Desire'-Dead-Embrace the Torque Monster! 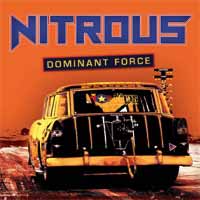