The almighty Obituary are back with their tenth studio album and what can really be said? It’s "Obituary"!

Its Florida’s finest doing what they do, each track like the opener 'Brave' or 'A lesson In Vengeance' the songs are instantly recognizable and catchy as hell. It’s so obvious the band were having fun while recording this, it really shines through. With the bluesy solo’s on tracks like 'Sentence Day' it plays almost like a classic rock album! I’ve said all along, this band make you head bang harder and they out brutal any modern band and there’s not a blast beat to be heard.

At 36 minutes it is one of the most effortless albums you’ll listen to, stick it on and the album plays itself, each track bleeds into the next and before you know it you’re playing it again.

The album cover is simply the bands logo which was first used on the "The End Complete" album set against a black background and it works great, like out of nowhere they have been carrying round a great album cover all these years which serves as a great metaphor, while death metal gets more sterile and technical it seems Obituary had the winning formula all along. 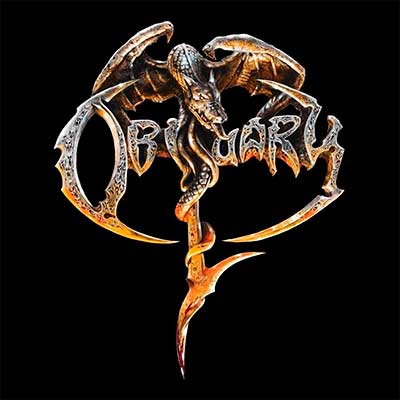