Within the first few seconds of this UK brutal death metal crew’s opening account I was laughing when I heard some of the drumming for the first time; this is some of the most insane drumming I have heard, it defies belief in some quarters of my mind! After I was “slammed” into submission with this opener, the EP title track has much more composure amongst essentially utter chaos, especially from the guitarwork. Out of the four tracks on offer, only two really stand out as being worthy and notable are the aforementioned and the closer ‘A Modern Promethus’. These two efforts show some hope in the way of variation, they are not too far down the ridiculous path a deeper sound engages you towards the latter half of the closing track, thus the band display potential development of their sound. It’s not a release that I would rush to recommend, it’s admirable and has a certain wow-factor in places, but it does not have me jumping around the room particularly as this is a genre saturated with similar sounding artists and there are lot of riffs here and there borrowed from other sources.

Oblivionized don’t do calm relaxing brutal death metal in any sense except for brief moments here and there, blink and they are gone, this band are exceptionally fast, technical and on the speed limit of normal soul’s consciousness, but they have to do a little more work to gain my admiration. 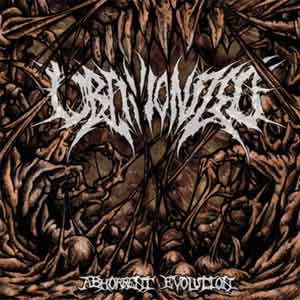